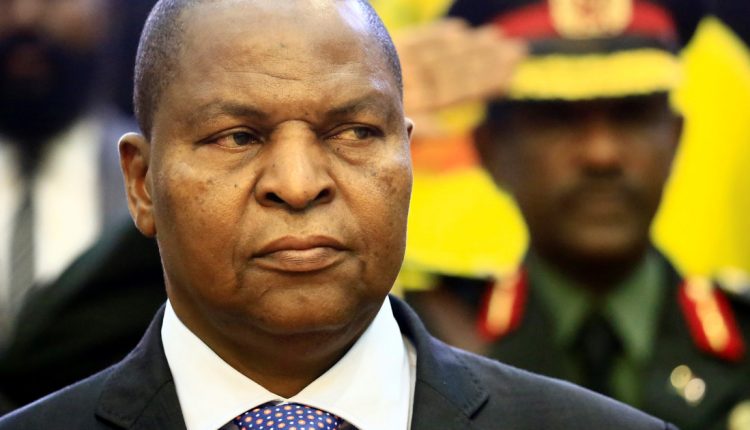 Touadera was elected in February 2016, but has since struggled to contain vicious intercommunal violence.

The President of the Central African Republic, Faustin-Archange Touadera, has announced that he will run for election in December in the country that has been ravaged by more than seven years of civil war.

63-year-old Touadera was elected with two-thirds of the vote in February 2016, but has since struggled to contain malicious intercommunal violence in the poor landlocked nation, where armed groups control two-thirds of the territory.

Despite a peace agreement signed in February 2019 between the government and 14 armed groups that often claim to be defending the interests of certain communities or religions, violence in the Central African Republic remains firmly entrenched.

In 2013, the Seleka, a rebel coalition made up largely of the Muslim minority, overthrew then President Francois Bozize, plunging the predominantly Christian Central African Republic into a spiral of violence that led almost a quarter of the country’s 4.7 million people to flee has forced houses.

Bozize, who has been in the Central African Republic for a year, will be Touadera’s main rival in the December 27 elections if his candidacy is confirmed.

There is still uncertainty as to whether the elections will be held on schedule as there have been significant delays in organizing the poll, including voter registration.

The Central African Republic parliament voted on Wednesday to allow the electoral body additional time to register voters. The electoral commission has fallen behind in voter registration due to the uncertainty and additional disruptions related to the coronavirus pandemic, said Minister of Territorial Administration Augustin Yangana-Yahote.

The request to allow the commission an additional month to draw up electoral lists was accepted after 10 hours of heated debate in parliament despite a boycott by the opposition coalition Cod2020.

It has called for the vote to be postponed, claiming the disrupted voter registration has raised questions about the credibility of the entire election.

“The government’s goal is to hold elections in a carefree manner,” said Cod2020 politician Aurelien Zingas.

Mindy Kaling Is Blooming In Embroidered Shirt — See The Look