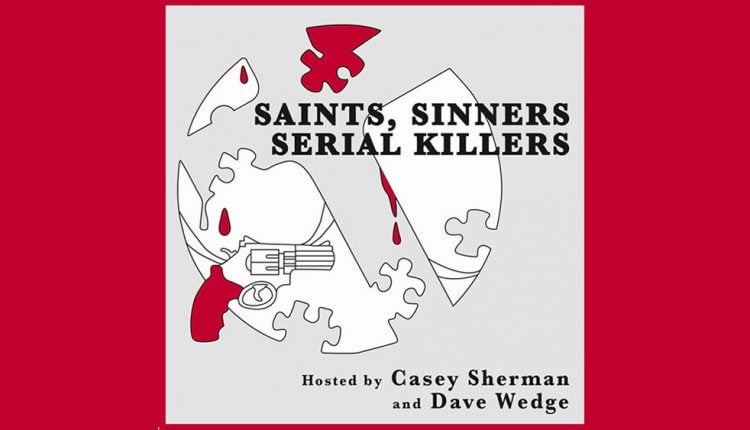 EXCLUSIVE: Casey Sherman and Dave Wedge, the best-selling true crime writers behind the books that were filmed in the Patriots Day and The Finest Hours movies, are now partnering with Saints, Sinners & Serial Killers on the podcast. The new series starts on March 15th and is a joint production by MuddHouse Media and Sherman and Wedges Fort Point Media.

The 10-part audio series is set to reveal exclusive new information on many of America’s most notorious crimes on topics in the couple’s New England wheelhouse, from the Boston Marathon bombing to the Boston Strangler case, and from the hunt and capture of Whitey Bulger to the assassination attempt by John Lennon. The latter two topics are taken from the couple’s 2020 books on these subjects: Hunting Whitey: The Inside Story of the Capture and Killing of America’s Most Wanted Crime Boss and The Last Days of John Lennon, written with and focused on James Patterson Focus on topic The Beatles legend’s preparations for his collision course with Mark David Chapman.

“We’re excited to introduce our disruptive brand of true crime storytelling to MuddHouse Media, one of the world’s leading podcast networks,” said Sherman and Wedge. “In a series of 10 episodes we will be the living” SH @! “Inform, entertain and frighten. From our listeners. We don’t just write about true crime from a distance. We live the stories that we tell.”

Check out the couple’s promo for the podcast below.

The podcast kicks off with the first of the two-part “Hunting Whitey,” the untold story of the capture and killing of America’s most wanted crime boss. There will be exclusive interviews with the FBI manhunter who caught Bulger on the run after 16 years and Bulger’s former cellmate, as well as Bulger’s account of his arrest in his own words. This is followed by the two-part title “Terror Strikes Boston”, the couple’s final look at the 2013 terrorist attack on the finish line of the Boston Marathon and the subsequent manhunt and trial. It was Sherman and Wedge’s book Boston Strong on the subject that was converted into the 2016 Peter Berg-directed film starring Mark Wahlberg.

In total, Sherman and Wedge have authored 13 books, including at least two in development for the film: Animal: The Rise and Fall of the Most Feared Assassin and the Mob’s Ice Bucket Challenge: Pete Frates and the Fight Against ALS. Other titles include 12: The Inside Story of Tom Brady’s Fight for Salvation from the New England Patriots Deflategate Scandal. The couple are re-signed by the Gotham Group.

“Sherman and Wedge are world class real crime experts,” said Kris Meyer, CEO and co-founder of MuddHouse Media. “With unparalleled access to notorious criminals, witnesses and an incredible network of law enforcement professionals, their award-winning investigative reporting is second to none. Saints, Sinners & Serial Killers has stunning new detailing on a variety of occasions where true crime fanatics will be on the edge of their seats. “

Giving Hope, and a Place to Mourn: Memorials to the Pandemic