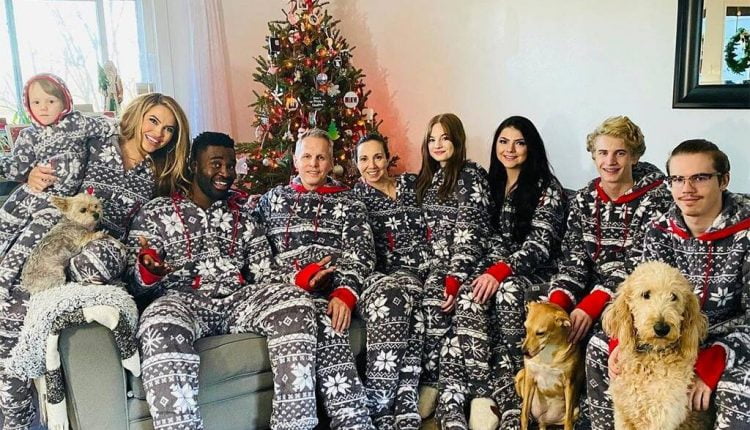 This Christmas was especially magical for Chrishell reservoir and Keo Motsepe since they spent it together with their whole family! That’s right – it looks like the Selling Sunset star brought the Dancing with the Stars Pro home to meet everyone just weeks after their romance was confirmed!

It sounds like things are getting more serious between Chrishell Stause and Keo Motsepe.

After all, meeting family members is a pretty big step in any relationship, especially on a holiday as important as Christmas!

That being said, Chrishell used social media today to share a few snapshots of the two sitting in the living room with their sisters, a brother-in-law, their boys and their dogs!

In the headline, Chrishell wrote: ‘@keo_motsepe introduced to the family. It matched exactly. Merry Christmas everyone from me to you !!! I send so much love to all of you. ‘

Keo quickly appeared in the comments section where he wrote, “Merry Christmas, my baby,” and it also featured a red hearted emoji!

A second picture of Chrishell showed her and Keo snuggled up next to a dresser that had a coffee maker on it.

Keo also went on his own platform and posted some similar holiday pictures with the headline: “Merry Christmas everyone … lots of love #metthefamily.”

While it all looked like a great time, it must have been a bit bittersweet too, as this was the very first Christmas Chrishell had without her mother Ranae, who passed away this summer after battling lung cancer.

That tragic death came after she lost her father a little over a year ago – Jeff died of the same disease.