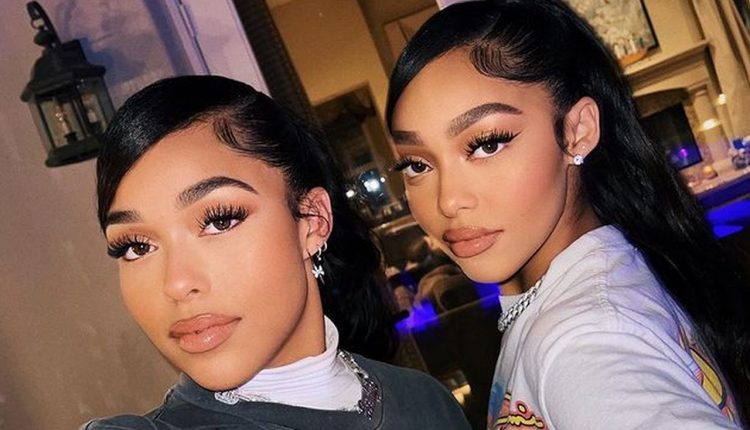 Does Jordyn Woods Have A Twin? Celebrities Who Have Doppelganger Siblings!

Does Jordyn Woods have a twin sister? This is the question many people are asking after the 23-year-old beauty shared photos with her sister on social media. Fans couldn’t believe how much the sisters looked alike, and people asked if they were Twins. There is no question that Josie is Jordyn’s doppelganger and people have questions! They’re not twins since Jodie is only 14 years old, but their resemblance is uncanny. Jordyn is pretty much aware of how much she and her little sister are alike, and she even addressed their similarities in a recent TikTok video in which she played the song, “I’m a Girl Like You.”

This isn’t the first time celebrity siblings have been mistaken for twins, and it’s sometimes scary how genetics work. Even if there could be three or more siblings, sometimes two children are born who share so much similar genetic material that they could be considered twins. Jordyn and Josie certainly look alike, and commentators inundated social media with utterances like the two having identical faces.

Below is an article starring Jordyn and Josie Woods and their physical similarities.

Another pair of sisters who are often mistaken for twins are Cameron Diaz and her sister Chimene Diaz. The two have almost identical faces, but Cameron is taller than Chimene. If it wasn’t for the difference in their size, they could easily pass for twins! Chimene is two years older than Cameron and 50 years old while Cameron Diaz is 48 years old.

Cameron Diaz retired from acting in 2018, but her fans are hoping a script will come out that will captivate the beautiful actress and bring her back to the big screen.

Bella Thorne and her older sister Dani Thorne are often mistaken for twins. Dani Thorne is a DJ and 28 years old. Bella Thorne was born on October 8, 1997 and is 23 years old. Despite their five-year age difference, Bella and Dani can easily pass as twins.

What do you think of these celebrity siblings who could pass for twins? Do you have a doppelganger