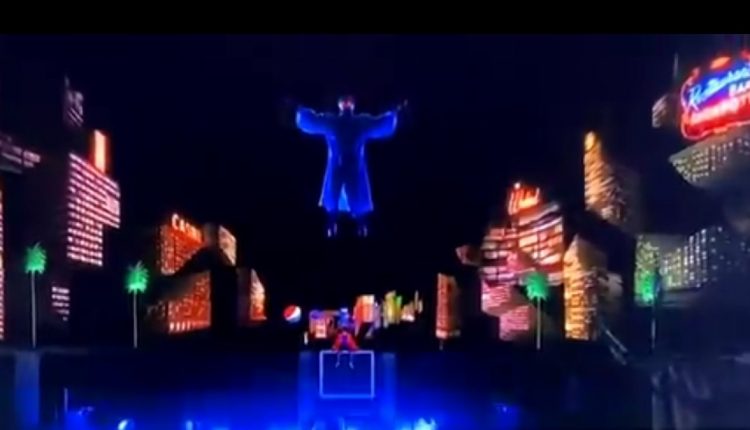 Larry Johnson has been a great turnaround for the Kansas City Chiefs in the NFL. Like many Americans, he saw the Super Bowl Half-Time Show last Sunday, but he had a unique take on the event he shared on Twitter:

The former Kansas City Chiefs running back had eyes and ears for Super Bowl LV and noticed something unsettling at the halftime show.

Johnson went to Twitter and claimed that The Weeknd was performing a satanic ritual in front of the thousands of people at Raymond James Stadium and the millions watching at home.

Johnson tweeted: Truthers step back and stand by:

Next he thought some of the show attendees were wearing jockstraps or something:

They wear jock straps or 🤔

Then he shares that he believes the opening scene looks like Satan will fall from his feet and meet his demons on earth:

Satan’s fall from heaven with his fallen angels and Abaddon / Abel coming out of the bottomless pit.

Really what the hell is going on?

Our bodies once more pile up in Bolivia as Latin America endures a protracted, lethal coronavirus wave.