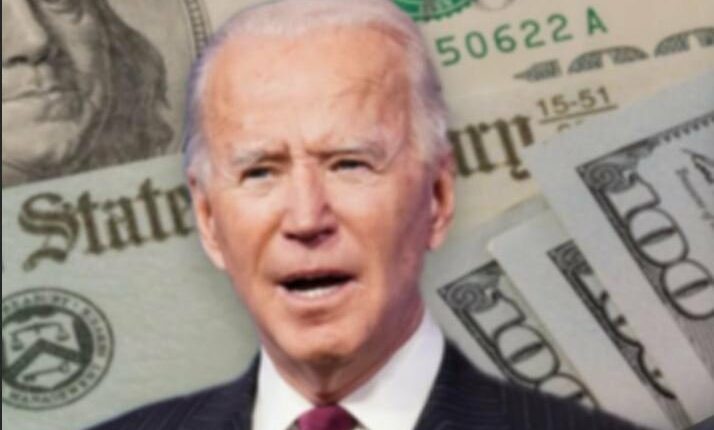 You are sitting in your shiny Ferrari driving 250 mph on a slippery highway when you suddenly realize you are heading straight for a cliff at the rim of the Grand Canyon. And now you have to choose:

You can hit the brakes and pray your car will stop on time, or you can hit the gas and play the final scene from Thelma & Louise.

It’s one or the other. That’s all – unless you are the United States of America. In this case, you have a third option straight from a Roadrunner cartoon:

TRENDING: Shame: The mayor of Chicago supports the decision to cancel the honor guard and the bagpipes for the fallen officer Ella French – police superintendent says we have less than 20 minutes “for this s – t”.

You move the cliff.

America’s national debt is rapidly approaching $ 29 trillion, a hole we are digging further and deeper at the rate of about $ 5 trillion a year. We currently owe $ 7.1 trillion of our foreign debt. Our debt per citizen is nearly $ 86,000. Our debt per taxpayer is nearly $ 228,000.

We are on the edge of the Grand Canyon, dangling from our fingertips, and we make the overwhelming decision to stay there. We are heavily in debt, we dig deeper every day, and our interest payments are due.

And what we do? We’re moving the cliff. We print more money and use it to pay our interest. Meanwhile, our debt level continues to rise.

If the United States were a company, it would be insolvent – heavily in debt, unable to pay its bills, the biggest bankruptcy in the history of the universe.

That sure is a scary thought. But it is also a cold fact and we must stop ignoring it.

But it’s hard to see how it deserves this rating. An AAA rating reflects an extremely high ability to repay interest and debts. There are only two companies – Microsoft and Johnson & Johnson – that have an AAA rating. An AA rating, just one notch below AAA, also shows a high level of ability to repay interest and debts. An A rating is also in great demand.

In general, investors in companies with one of these ratings are not concerned about the companies’ solvency. They think companies are making more than enough money to cover their expenses. But that logic just doesn’t apply to the AAA-rated United States.

In 2011, during the Great Recession, S&P, Moody’s and Fitch all issued negative outlooks on government bonds. S&P has even lowered our rating from AAA to AA +. But in 2014 they all returned to “stable” prospects when the immediate debt ceiling crisis was over. Since then, Fitch has been the only one of the three to turn its outlook back to “negative” during the COVID pandemic. It cited a deterioration in US public finances and the lack of a firm plan to deal with growing debt.

The United States is a big money loser, unable to repay its debts, or even the interest on its debts. The only way to avoid default is to print money, which is a one-way street to hyperinflation, and rating agencies choose to ignore that fact – even if Congress is considering giving the president a proposed $ 1 trillion infrastructure bill US dollars to send.

How are we going to pay for this? Easy … We just move the cliff.

No sane person can look at how much we owe and how much we spend and conclude that we would be solvent if we didn’t keep printing money that we don’t have. But every time we do that, we create higher inflationary pressures and a weaker dollar.

Worse still, we create a national security risk because we rely heavily on outside money to keep our finance engine running. If our creditors, especially China, get smart and stop lending us money, we won’t have the money to keep our military – or federal – spending going.

Printing money does nothing but create higher inflationary pressures and a weaker dollar. The average interest rate on federal debt at the beginning of this year was around 1.7%. That means we can expect to pay over $ 500 million this year alone to service the existing debt.

This is a dire situation and there is no easy way out – but it is long time we stopped kicking the can. If people were to pull their heads out of the sand and judge the financial situation of our country honestly, they would only come to one result:

The spending part comes first and it will be painful. It means eliminating or drastically cutting spending across the board, including many of the entitlements and benefits and social programs that our citizens have come to expect from the government.

The pain every American will feel will be terrible and life changing, but it has to happen at some point because the longer we wait, the harder it will be to fix things – if it’s not already too late.

However, if we keep doing what we do – if we don’t stop moving the cliff – the entire world economy could collapse.

Yes, that sounds dramatic. But it is true. The US is the world’s financial engine. Its currency, the dollar, is the world standard. It is the largest domino. If it falls, everyone else will follow. Ed Butowsky is a financial advisor who founded and is a managing partner in private asset management firm Chapwood Investments and who created the Chapwood Index. He manages investments for hundreds of clients including professional athletes and celebrities.