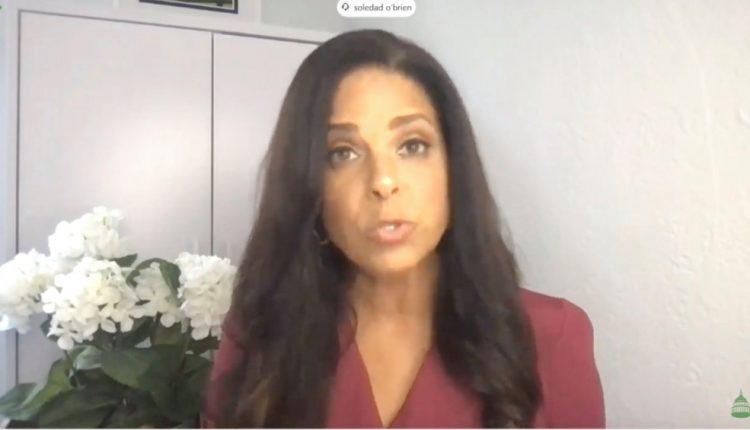 UPDATE, 10:54 a.m. PT: Kristin Danielle Urquiza, co-founder of a nonprofit called Marked By COVID, testified at today’s House subcommittee hearing on media disinformation. Her father died from the virus, and she blamed Donald Trump’s misinformation and what she called his media enablers.

Her father’s “media of choice” was Fox News and KTAR News 92.3 in Phoenix. She did not cite testimony from personalities employed in the outlets, but said they festered misinformation about the virus.

“That should not have happened; it didn’t have to be like that, ”she said in her testimony. “The President and his enablers have lied repeatedly. This disinformation was allowed to contaminate the airways and created just the right conditions for the virus to thrive and hundreds of thousands of people to die unnecessarily. I said it before and I will repeat it. The media didn’t pull the trigger, but they drove the getaway car. “

Unemployment: The Home Incentive Plan has expanded benefits, another check, and an increase in the minimum wage

Fox News was sued by a Washington public interest group over its coverage of coronavirus, but the lawsuit was dismissed in May. At the beginning of the outbreak, some of his personalities downplayed the virus while others, like Tucker Carlson, raised the alarm.

“Cover the facts that lies and propaganda are being spread, but don’t book people to lie on your show because it raises and presents a lie as another side,” she said.

She cited what Michael Rich, CEO of Rand Corporation, called “the decay of truth” or “the diminishing role of facts and analysis in public life”.

“Media disguised as journalism has been spreading lies, prosecuting liars for years, and using the subsequent slugfest to track reviews, hits, subscriptions and advertisers,” she said.

She said that one problem is a mentality, that there are even sides to established facts.

“Something where you feel like the truth cannot be seen. That’s wrong, ”she said.

She cited ProPublica and Report for America as outlets that do exceptional journalism, but the problem is that “there aren’t enough of them”. But she also said one factor behind the spread of disinformation has been the decline in local journalism, with citizens increasingly turning to social media for their news diet.

Jonathan Turley, a professor at George Washington University Law School, agreed with O’Brien on the need for trusted news sources where viewers can make their own decisions.

PREVIOUSLY: Less than two months after a Capitol siege motivated by false claims that Donald Trump stole his election, a House subcommittee on energy and trade is considering the role of the mainstream media in spreading disinformation and even play extremism.

However, a big focus of today’s hearing is likely to be a letter that two California Democrats, Anna Eshoo and Jerry McEnerney, sent to a dozen cable, satellite and streaming distributors. They ask them a series of questions about Fox News, Newsmax, One America News Network, and other outlets, and whether they want to keep wearing them, given the misinformation that guests and on-air personalities are spreading on their platforms, particularly about the choice and Covid-19.

This quickly sparked cries of a First Amendment foul from a few branches as well as from an FCC commissioner, Brendan Carr, the Media Institute industry group, and journalists like Glenn Greenwald. Jonathan Turley, a professor at the George Washington University Law School and witness at the hearing, wrote in his prepared observations: “From the standpoint of freedom of speech and the free press, the letter is not only daunting; it’s positively icy. “

Republicans, led by senior subcommittee member Bob Latta (R-OH), are also likely to criticize the letter, arguing, as they did when the subject of disinformation was on tech platforms, that the problem is the growing “abandon culture” of the left. As troubling as Eshoo-McEnerney’s letter to distributors may be, for the past four years a president who routinely labeled the press an enemy of the people has threatened antitrust measures against outlets and suggested that regulators review the license of NBC about an unfavorable news report. Most GOP members as well as FCC Republicans avoided commenting on Donald Trump’s tweets as best they could.

That doesn’t mean there isn’t a real problem with government officials putting pressure on the media. In her prepared testimony, Soledad O’Brien, a veteran of the cable news who is now hosting the Syndicated Issue of Facts, wrote, “Let me be clear. Congress cannot and should not regulate journalism despite the First Amendment. “But it’s also devastating in its assessment of the cable news landscape, starting with Lou Dobbs and his early days when he“ demonized ”undocumented immigrants while on CNN.

“Media disguised as journalism has been spreading lies, prosecuting liars for years, and using the slugfest that follows to track reviews, hits, subscriptions and advertisers,” wrote O’Brien. “Period. Period.”

She added: “The uprising of liars has accelerated, particularly through radio, broadcast and cable television, and lies that harm us all have been repeated and revived. The bombast that accompanies these lies has also set the stage for an alarmingly xenophobic and racist narrative that has caught on in this country. “

What is different is the hearing’s focus on disinformation in traditional media, which has been largely marginalized, often with a sense of malicious glee, as Capitol Hill has focused on tech platforms. These hearings have often degenerated into partisan warfare of sorts, with Democrats arguing that more should be done to control disinformation and Republicans complaining that Silicon Valley has done too much as it leans towards conservatives . That will likely be a preview of what’s to come today.