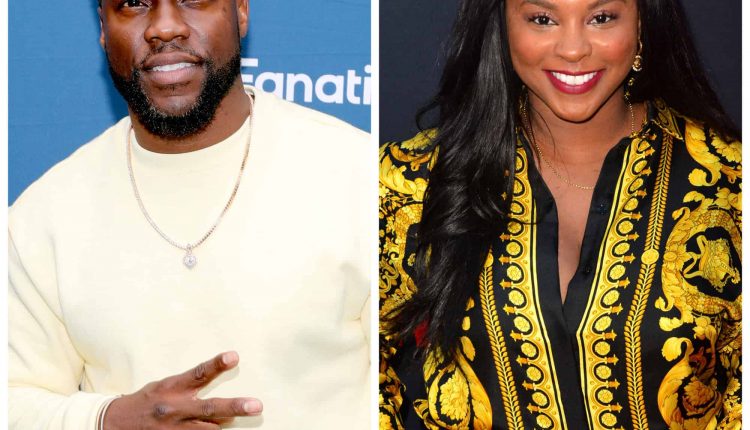 Issa Battle Of The Exes! Kevin Hart And Torrei Hart Do The ‘Junebug Problem’ (Video)

Another day, a new challenge on social media. Following the success of aspiring rapper Erica Banks’ “Buss It” challenge, based on the song of the same name, a new dance challenge seems to have taken social media by storm and celebrities can’t help but take part. The Junebug Challenge made its social media debut in mid-January and has been on the rise for nearly two weeks as more and more celebrities take up the latest trend.

The challenge consists of an excerpt from SpotemGottem’s song “Beat Box”, a rapper from Florida, but named after the creator of the dance style “Junebug”.

The weird movement that almost looks like someone is having a seizure has become contagious, and now everyone and their mother are doing the “Junebug”.

Well, Kevin Hart did his part in participating in social media challenges, but ex-wife Torrei Hart proved that Kevin isn’t the only fun person with his namesake.

Torrei gave everything and met the Junebug in various places with a small potion in hand. In her video, she saw her pour herself before hitting the dance on her counter, in her shower and on her toilet, among other places.

Kevin Hart uploaded his Junebug Challenge shortly after his ex and competed with her! Kevin has made a small leap in his movement, the film seems to be a challenge in a sports arena.

Which Hart did you think hit the Junebug the hardest?