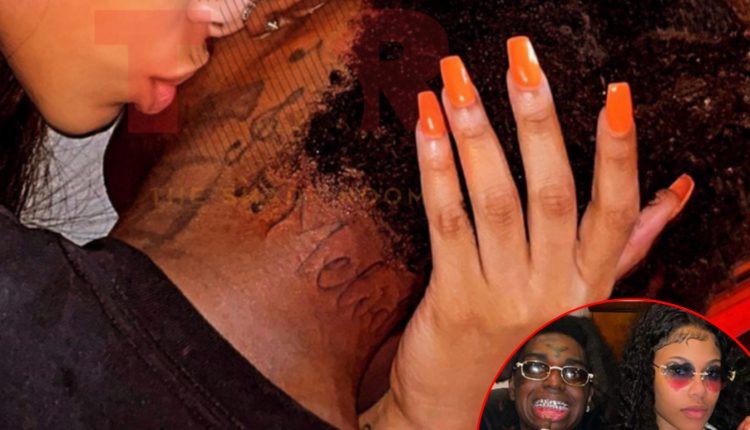 Kodak Black literally had a very late week to say the least. Last week he went on social media to sing JT of the City Girls with a song when he asked them to be his Valentine’s Day.

Days later, he used social media to showcase his new rapper, Mellow Rackz. When they first introduced their relationship, the two rappers appeared to be announcing an engagement at the same time. Mellow shared a video of Kodak with a ring and a video of a plane with the message, “Could marry me too, Melody … I love you.”

On the video she wrote: “I said yes.”

Kodak then went to his site and shared the songs “Let’s Get Married” by Jagged Edge and “Say Yes” by Lil Corey.

Melody then shared a photo of them kissing and said in her caption, “Mrs. Kapri … I said yes! “

Now it seems to prove that their love is really real, they tattooed each other’s names. Early Sunday, Mellow shared a photo of them showing that he was tattooing “Melody” on the back of his neck and she was tattooing “Bill” near her jaw.

She said, “You can’t tell me anything because I prayed for this love.”

Kodak, who was born Dieuson Octave, legally changed its name to Bill Kahan Kapri back in 2018.

Despite her romance, another rapper named Rynaee Trill claimed she had recently dealt with Kodak. For Mr. & Mrs. Kapri, however, this doesn’t seem to matter.

As previously reported, Kodak was only released from prison last month after Donald Trump received a pardon.