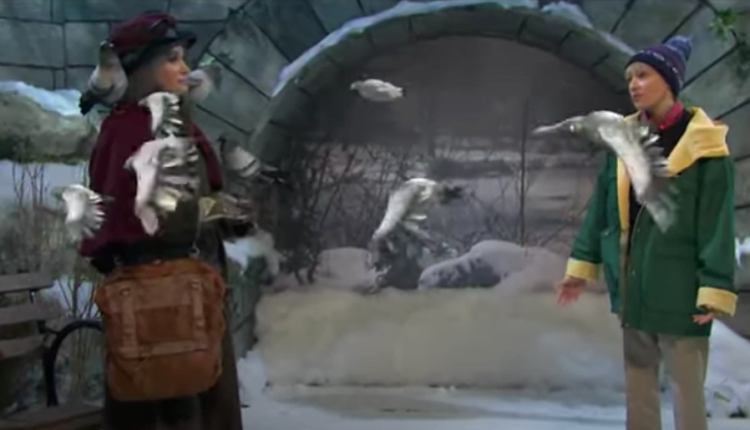 Presenter Kristen Wiig portrayed the Pigeon Lady as SNL in a “never-before-seen scene” from the film and recreated a meeting with Kevin, played by Chloe Fineman from SNL in Central Park.

During the SNL treatment, Wiig’s Pigeon Lady is hungry and in need of protection, while Finemans Kevin shows off his father’s credit card that pays for his stay in the plaza. He takes out a box of leftover pizza, but instead of giving it to the woman, he feeds the pigeons. He finally offers Pigeon Lady to get her a suite on the plaza. At that moment the Wed Bandits appear and threaten to take away Kevin’s credit card. Desperate, Wiig’s Pigeon Lady kills her with bare hands and an umbrella while Fineman makes Culkin’s famous hands-on-face scream from Home Alone.

She then reminds Kevin of his offer to book her a suite in the Plaza.

“Did you kill these guys?” Says Kevin as they leave.

“No Kevin, we killed him,” says Pigeon Lady.

Check out the SNL sketch above (we’ll release it as soon as the video is available) and a scene with Kevin and Pigeon Lady from the movie:

Cardinal Pell says his conservative views drove public towards him