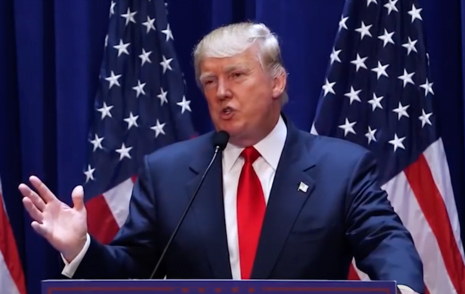 Big Tech’s bill may have finally arrived. The White House held a round table calling for Section 230 to be revised. This change is having a massive impact on big tech and online language.

No more “bad intent” moderation! The Department of Justice has proposed a bill to revise Section 230 and punish companies for political censorship.

“Every year countless Americans are banned, blacklisted and silenced through the arbitrary or malicious enforcement of ever-changing rules,” said President Donald Trump at a roundtable on September 23, including Attorney General William Barr, Senator Josh Hawley (R -MO). and nine other conservative leaders. Trump then described his response: “In May, I directed Attorney General Barr to work with attorneys general to enforce state laws against misleading business practices.”

Assistant Attorney General Jeffrey A. Rosen explained how this legislation will ensure that if big tech companies “moderate content maliciously,” they risk their Section 230 protection.

At that round table, a completely new approach to addressing Section 230 of the Communications Decency Act was discussed, which protects big tech platforms from legal liability through lawsuits for content appearing on their platforms.

The stated purpose of the discussion was “to focus on specific legal steps to protect an open internet and a free society, including measures to ensure that social media companies do not use covert efforts to manipulate the distribution of their users.” Information can deceive “.

“I am pleased to announce that today the Department has sent legislative proposals to Congress to reform Section 230 on behalf of the Administration. This legislation addresses concerns about online censorship by requiring greater transparency and accountability when platforms lawfully remove speech. “

The DOJ’s press release stated that the legislation contains a number of reforms to promote transparency and open discourse, and to ensure that platforms are fairer to the public when legitimate speech is removed from their services. It was further explained why, after years of malevolent moderation, it is high time for a complete overhaul:

“The current interpretations of Section 230 have allowed online platforms to hide behind immunity, censor lawful malicious speech, and are in conflict with their own terms of use.”

“To remedy this,” explained Barr, “the division’s legislative proposal revises and clarifies the existing language of Section 230, replacing vague terms” and replacing them with “more specific” language.

The best example of big tech tyranny was how platforms censored executives to raise legitimate concerns about fraud against mail-in voters. At the end of May, Twitter checked Trump for information that mail-in ballot papers could lead to election fraud, which even the New York Times found valid.

But Trump’s initial review was just the beginning. In August, Twitter placed an interstitial or filter over Trump’s August 23 tweet criticizing “Mail Drop Boxes” as a “voter safety disaster”. In September, Twitter announced in a September 10 company blog update that “we will flag or remove false or misleading information in order to undermine public confidence in an election or other civil process.”

A few days later, Twitter was tracking this threat. Trump warned North Carolina voters, “To make sure your ballot COUNTS, sign and send it EARLY” and urged them to “go to your polling station to see if it was counted”. Then he suggested: “IF NOT, VOTE!” Trump claimed that “your signed ballot does not count because your vote was released” and warned, “Do not let your vote be illegally taken from you!” Twitter responded by tagging the tweet with an interstitial or filter: “This tweet violated Twitter’s rules on the integrity of citizens and elections. However, Twitter has determined that it may be in the public interest that the tweet remain available. Learn more.”

Attorney General Patrick Morrisey (R-WV) discussed that Trump’s concerns about electoral fraud censorship have now been confirmed. He shared how, “When Twitter criticized you for postal voting that same day, we closed an investigation into West Virginia that confirmed many of the things you said.”

Morrisey later added, “I thought you would appreciate the irony of that day.” That irony is how “this person is going to jail now. And meanwhile, Twitter continues to engage, pretending that what is true is not true. “

Conservatives are attacked. Contact your local representative and request that Big Tech be held accountable to reflect the first change while providing transparency, clarity on “hate speech” and equality for conservatives. If you’ve been censored, contact us using the Media Research Center contact form and help us hold Big Tech accountable.