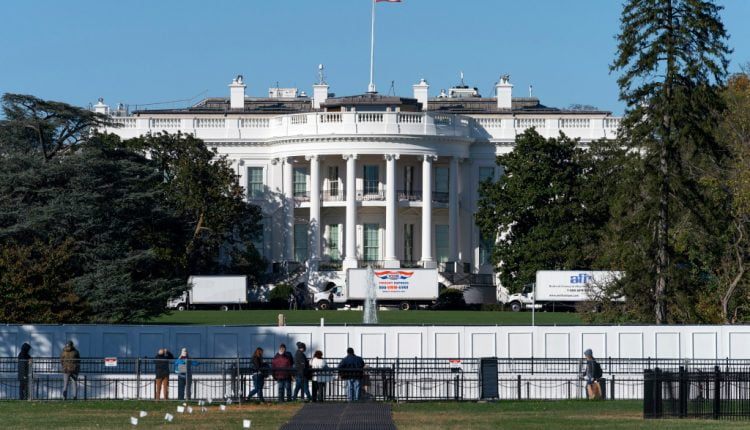 This is it America – Election Day 2020. With President Donald Trump, his Democratic challenger Joe Biden, and so many others declaring this “most important choice of our lives,” it is time for the final votes to be cast and counted. The deadline has live coverage all day – and probably all night – too. Here is an overview of how to keep track of the historic day.

You can use the voting card on our home page to keep up to date on countries called and view our polling deadlines to get an idea of ​​where things are at any given time. It promises to be no shortage of drama, along with the potential for a 2016-like GOP surprise or 2018-like blue wave. But forecasters will predict while Americans wait for their new president.

Election Night Preview: How the Networks Plan to Cover the Finale of a Campaign of Chaos and Confusion

Here’s how it goes from the battlefield to the lock, starting from when polls close in all 50 states, so you can plan your message cycles and bathroom breaks:

Here are the network coverage plans for the long day:

CNN’s coverage of Election Night in America begins at 4 p.m. (CET), anchored by Dana Bash, Wolf Blitzer, Anderson Cooper, Abby Phillip and Jake Tapper. It will be broadcast live from Washington. Chris Cuomo and Don Lemon will lead the network’s late night coverage. They will be joined by chief correspondent John King, who will report live from the CNN Magic Wall. Other voices include CNN Political Director David Chalian, Senior White House Correspondent Pamela Brown, and Senior Political Analyst Mark Preston, and analysts Gloria Borger, Van Jones, David Axelrod and Rick Santorum. The coverage will be streamed live on CNN.com and its mobile apps without the required authentication from 9:00 a.m. ET Tuesday through 4:00 p.m. ET Wednesday. It can also be viewed on CNNgo. CNN International (to its 373 million households worldwide) and CNN en Español will also be fully covered.

The C-SPAN coverage, moderated by Greta Brawner and Peter Slen, starts on Tuesday at 9 p.m. (CET) and ends on Wednesday at 7 a.m. (CET) with a mix of speeches by winners and losers in both the President’s and the company’s races Senate. The network will also take viewer calls and reactions throughout the night, and Jessica Taylor of the Cook Political Report will join the Senate earlier this evening. Bill Scanlan will host Wednesday from 3 a.m. to 7 p.m. CET. After that, coverage will resume on the Washington Journal call-in show at 7 a.m.

The main political anchor of Fox News Channel and Bret Baier of Special Report and Martha MacCallum of The Story will anchor FOX News Democracy 2020 from 6 p.m. ET from New York along with a team of Chris Wallace, Brit Hume, Dana Perino and Juan Williams as contributors Donna Brazile, Karl Rove and Katie Pavlich. Anker Bill Hemmer will break down the results on the electronic “Bill Board”, while Anker Shannon Bream will report on the data from the Fox News Voter Analysis System. Bream and Jon Scott will be reporting overnight starting Wednesday at 2 a.m. CET. Fox & Friends will take over an early issue on Wednesday (5 a.m. CET). Sandra Smith and Trace Gallagher will jointly anchor coverage for Fox Broadcasting’s partners starting at 7 p.m. ET. FoxNews.com and the Fox News Mobile App will feature news, results and information, and Fox News Radio will broadcast live on the FOX News Mobile App and FNR-affiliated stations starting at 6:00 p.m. ET.

On MSNBC, coverage of the special elections begins at 6 p.m. (CET). Rachel Maddow, Brian Williams, Nicolle Wallace and Joy Reid anchor all night long. NBC News National Political Correspondent Steve Kornacki will be on the Big Board. Chris Hayes, Lawrence O’Donnell, and Ari Melber will also be contributing, and Katy Tur and Ayman Mohyeldin will be joining later that night.

Destino 2020 Presenta from Univision News: La Gran Noche starts at 7 p.m. ET on Univision and will be broadcast live on all digital platforms. A particular focus is on reporting on elected Latino officials and the Latino voting in a special segment entitled “El Poder Latino” (Latino Power). Univision news anchors Ilia Calderón and Jorge Ramos will moderate the special program and will be accompanied by correspondents and analysts nationwide. The coverage will also be available on the Univision Noticias YouTube page.