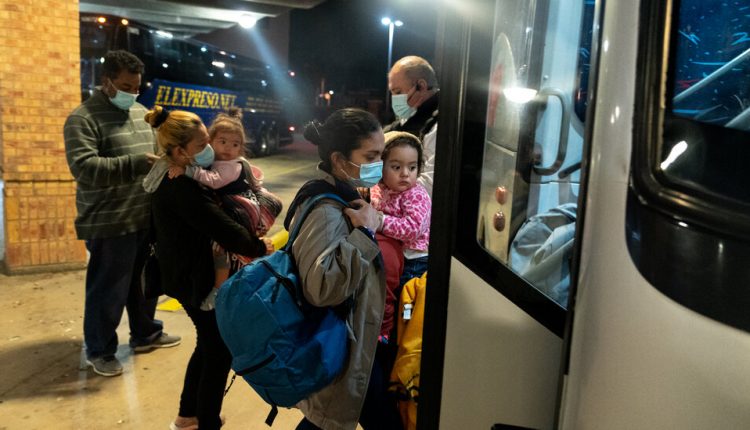 Juan Mendez III, the Mayor of Brownsville known as Trey, said although his community is dealing with power outages and the pandemic, it could help track migrants on their way to relatives in the United States . The number of migrants released to the city so far pales in comparison to 2019, when hundreds of families were dropped off at the local bus station every day.

“If it’s several hundred overnight, that’s something that would get overwhelming for us,” Mendez said, adding that the coronavirus positivity rate among released migrants is between 10 and 15 percent, compared to 25 percent in the United States Brownsville Township at Big. “The administration is very well aware of this – we have already communicated this several times.”

On Saturday, border officials dropped a dozen migrants, all mothers and young children, outside the Brownsville bus station. Some said they were detained longer than the 72-hour limit that border officials are allowed to detain children. Within minutes, a team of city officials and volunteers had started setting up a station to test for the coronavirus. With a negative test, they were allowed to enter the station to continue their journey. If they tested positive, the volunteers used donations to pay for their quarantine at a local hotel – although it wasn’t mandatory. Within three hours, the number of migrants on the station rose to around 50.

Doris, a mother of two boys who fled an abusive former partner in Guatemala and had crossed the border in recent weeks, did not expect her children to receive tests, blankets or coloring books when she was dropped on Saturday.

“They are very good people,” she said of the city’s staff and volunteers.

A similar effort is under way in Matamoros. At the north end of the camp, which is home to around 1,000 migrants, authorities are putting the finishing touches on a large tent where migrant families will receive a test for the coronavirus before they enter the United States. Red Cross volunteers walked around a camp that had been neglected for months by both the Mexican and American governments.

One Honduran, Walter Lara, who had lived in the camp since November 2019, was so excited about the prospect of entry to the United States that he asked another asylum seeker to give him a haircut on the occasion. He was ready to be patient.

“We believe in the process that is going to happen,” said Mr. Lara.

There was confusion elsewhere. Those stranded from “staying in Mexico” struggled to register through the administration’s online system and were frustrated with newcomers being discharged across the border, Ms. D’Cruz said.