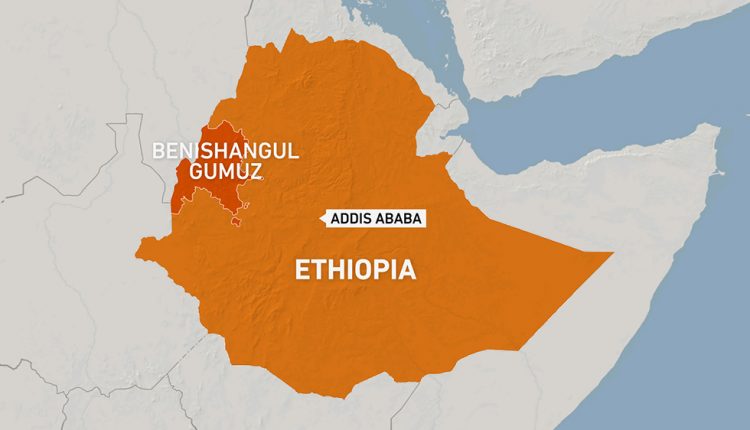 The age of the victims of an attack in the Metekel zone in the Benishangul-Gumuz region was between two and 45 years, according to the Ethiopian Commission on Human Rights.

More than 80 civilians were killed in the recent attack on western Ethiopia, including children as young as two, according to the country’s national human rights commission.

Aaron Maasho, spokesman and senior advisor for the Ethiopian Commission on Human Rights (EHRC), told Al Jazeera that the massacre took place on Tuesday between 5 a.m. and 7 a.m. in the Benishangul-Gumuz region, which borders Sudan and South Sudan.

“We have received information that over 80 people between the ages of 2 and 45 have died,” he said from the capital Addis Ababa.

There was no claim to responsibility and no immediate information about the identity of the attacker. “We can confirm that the perpetrators of the attack have not yet been arrested by the authorities,” said Maasho.

The attack took place in an area called Daletti in the Metekel Zone of Benishangul-Gumuz, which has been plagued by recurring violence in recent months and has killed hundreds of people.

On December 23rd alone, 207 people were killed in an attack.

Maasho said “thousands of people” have been displaced due to the ongoing violence in Metekel.

“We urge federal and regional authorities to step up coordination and action, including at the district level, to prevent similar attacks against civilians,” added the spokesman for the EHRC, a government-affiliated but independent body.

“They burned my house”

Prime Minister Abiy Ahmed has made efforts to restore order in Metekel or explain what is driving the violence, despite visiting the area in December and authorizing a command post to take over security.

Opposition politicians have described the violence in Metekel as ethnically motivated and led a targeted campaign by armed Gumuz ethnic groups against members of other ethnic groups in the region, including Amhara, Ethiopia’s second largest group.

A survivor of the latest attack, Ahmed Yimam, told the AFP news agency on Wednesday that he had counted 82 bodies and injured 22 people.

“The attack was mainly carried out with knives, although arrows and firearms were also used,” he said.

Worke Ahmed, 60, told Reuters by phone that the men involved in Tuesday’s attack were armed and had seen more than 100 of them. Some wore uniforms he couldn’t identify, he said.

“They burned my house and my brother’s house with 200 cattle and 11 goats,” he said.

Africa’s second most populous nation has grappled with regular outbreaks of deadly violence since Abiy in 2018, accelerating democratic reforms that eased the state’s iron hold on regional rivalries.

This year’s elections have further fueled simmering tensions over land, power and resources.

In another part of the country, the Ethiopian military has been fighting rebels in the northern Tigray region for more than two months, in a conflict that has displaced around a million people.

The deployment of federal troops there has raised fears of a security vacuum in other troubled regions.