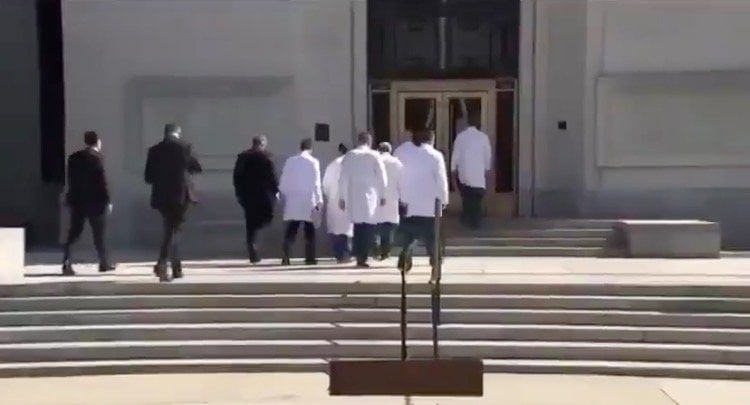 A reporter was caught holding a hot microphone this weekend after Walter Reed’s doctors briefed the public on President Trump’s condition.

The president’s medical team said Trump was improving and could be released later Monday.

“The discharge decision will be made later today between the president and his medical team,” White House chief of staff Mark Meadows told NBC.

The media doesn’t seem too happy that President Trump is improving.

TRENDING: Sixth grade teacher Brendan Stanton caught on video molesting a student to defend Trump – then lying to parents about it (VIDEO)

After Trump’s medical team announced that President Trump was improving, a reporter was caught on a hot microphone laughing and saying, “That wasn’t as funny as yesterday!”

After Walter Reed’s doctors said President Trump was getting better, a reporter was caught on a hot microphone laughing and saying, “That wasn’t as funny as yesterday!” pic.twitter.com/HGo2GixHyS

The way to Take away a Webpage