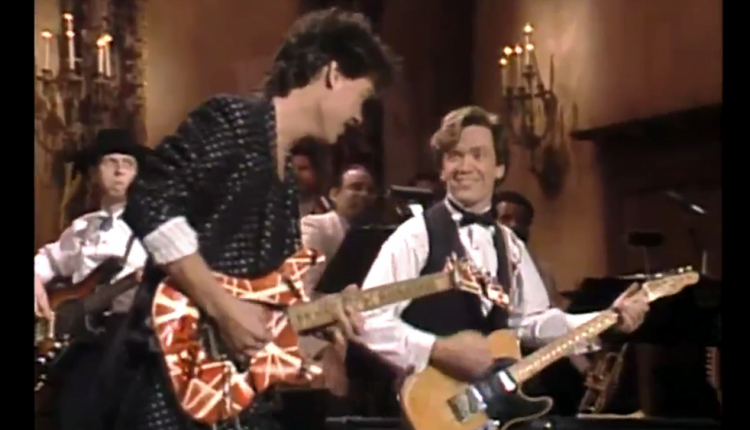 Saturday Night Live ended its second episode of the season with a short and sweet homage to the late rock legend Eddie Van Halen.

Right before the show ended with its curtain, Saturday Night Live flashed a short clip of Van Halen shredding his guitar. The clip shows Van Halen, who already appeared with the Robert Cray Band in February 1987, when Van Halen’s ex-wife Valerie Bertinelli hosted the sketch series.

“Rest in peace, Eddie Van Halen,” he said, standing next to Maya Rudolph and Jack White as the show ended.

Van Halen died of cancer on Tuesday. He was 65 years old.