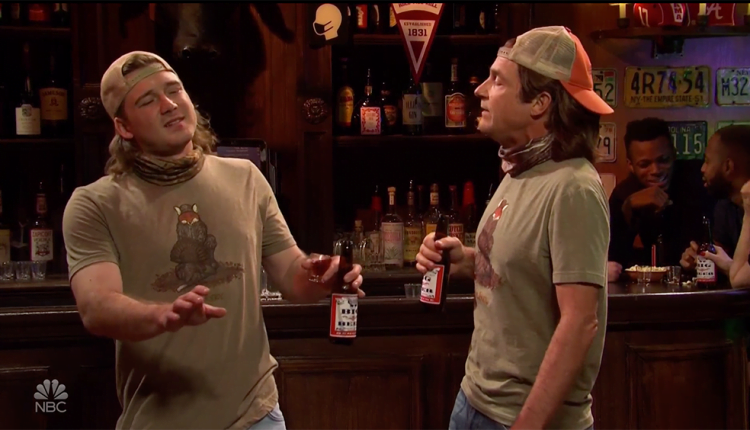 Saturday Night Live forgave Morgan Wallen for his party during the Covid-19 pandemic by giving him a second chance to perform on the iconic stage, but the singer’s controversial moment also inspired a new Christmas story-like skit.

Wallen was scheduled to perform in October, but before his appearance on SNL, he got hot on social media for partying amid the coronavirus pandemic. As a result, he was dropped and replaced by Jack White as a musical guest.

In a busy bar, the singer in the Wallen scene mingles with single ladies at the bar, hinting at the party that pushed the SNL producers to push his initial performance forward. To keep him from doing something more reckless, Jason Bateman appears.

“I’m you from the future,” says the Ozark star and wears exactly the same outfit as the country singer.

Bateman’s Morgan Wallen tells the singer how his party and social media videos would keep him from performing on the SNL stage like they did in real life. Concerned about the news, the real-life Wallen says he doesn’t want to “miss an opportunity like this or let my fans down”.

As Bateman and Wallen come to an agreement and avoid avoiding more socializing, more versions of the future Morgan Wallens will warn the singer and Bateman in advance. One, played by Bowen Yang, claims to be two months in the future and tells the original Wallen to avoid drastic facial surgery. Pete Davidson appears, but as a random guy in the bar, dressed similarly to the country singer. While he doesn’t know what a future Wallen might be going through, Davidson knows the singer can do something right away.

“You will do the right thing and take responsibility,” says Davidson, pointing to the apologetic video Wallen posted in light of the party.

The skit comes to an end when Wallen shares how excited he was to perform on the Bill Burr-hosted episode. However, Bateman, who hosted the latest SNL episode, said there was a chance the singer could come back and “have a better host.”

Look at the sketch above.