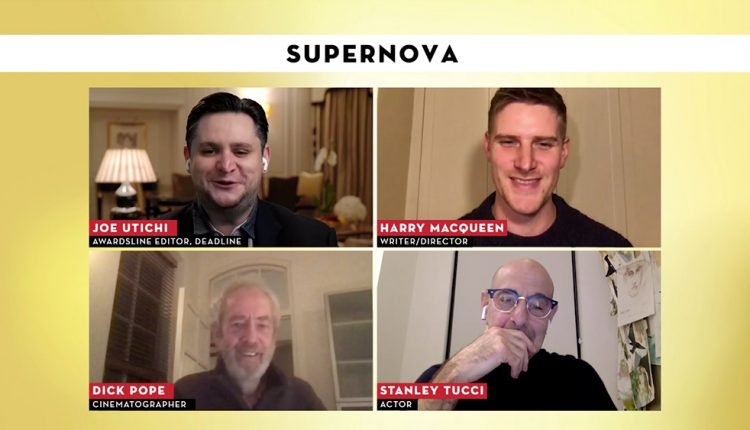 One of the gentler romantic offerings of the award season is Harry Macquen’s film Supernova, in which a middle-aged gay couple, Sam (Colin Firth) and Tusker (Stanley Tucci), take a road trip through the English Lake District to visit friends and come to terms with Tuskers diagnosis of dementia in young people.

Macqueen, along with Tucci and cameraman Dick Pope, explained how the Bleecker Street project came about during the season’s . Contenders Film Awards.

“It’s a very personal story,” he says, “and it began when I was working with a woman who – unknown to me and her at the time – suffered from young dementia. I worked with her for a year and over the course of that year I watched her completely change. Unfortunately, she passed away about a year later, and it had a really profound effect on me. And it made me learn more about dementia – especially about dementia in young people. So then I did it for two or three years. I have worked at various charities and spent a lot of time with people living with dementia. So the story is really inspired by the time I spent with these people. “

For Tucci, the film offered the opportunity to explore a difficult subject in a gentle, matter-of-fact way. “I thought it was nice,” he says. “I thought it was beautifully written, and what I liked about it was the directness and lack of melodrama. And the pictures [onscreen] reflected and enhanced exactly what was on the page. “

How Girls’s Genuine Management Can Affect Corporations for the Higher