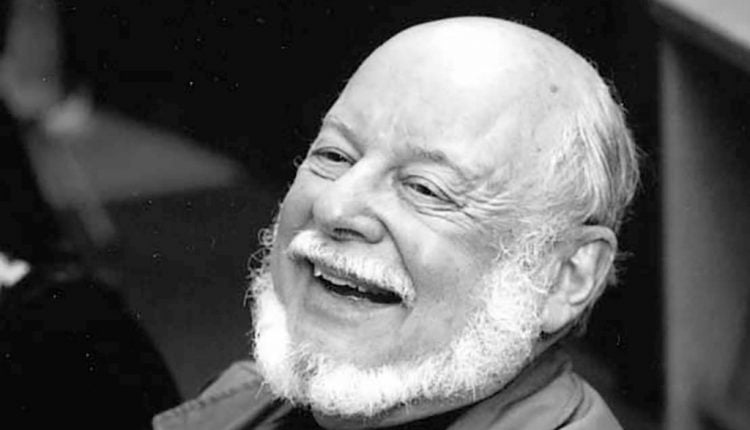 Norton Juster, author of the well-known modern classic children’s books The Phantom Tollbooth and The Dot and the Line, died last night. He was 91 years old.

His death has been confirmed by Penguin Random House. Additional details were not immediately available.

Both of Juster’s best-known works of the early 1960s were adapted for the film in collaboration with animator Chuck Jones: The Point and the Line: A Romance in Lower Mathematics, first published by Random House in 1963, was adapted by Jones and MGM Animation into a 10-minute short film that won an Oscar in 1965. The Phantom Tollbooth, released by Random House in 1961 with illustrations by Juster’s friend Jules Feiffer, was made into a live-action / animated fantasy film in 1970 directed by Jones and Abe Levitow adapted, with Dave Monahan leading the live action segments.

In 2017, . reported that TriStar had hired Matt Shakman to direct a new film version of The Phantom Tollbooth, scripted by Michael Vukadinovich and Phil Johnston (Wreck-It Ralph 2).

Considered one of the most influential and popular children’s book authors of his generation, Juster combined Oz-like fantasies with the author’s love of math, science, puns, and architecture. This is how modernist works were created that caught the imagination of children and adults.

The Phantom toll booth tells the story of a bored young Milo (played in the 1970 film by Butch Patrick) who is unexpectedly equipped with a mysterious toll booth. He drives his toy car through the cabin and arrives in the chaotic Kingdom of Wisdom, where he tries to help the exiled Prince Rhyme and Reason regain power. On his adventures: Jumping to Conclusions, an island in the kingdom of wisdom.

The Phantom Tollbooth has sold nearly 4 million copies since its release in 1961.

The dot and the line would show the author’s cunning amalgamations with his sly obsessions and talent for emotional storytelling, all shrouded in painterly abstract traps. The book, subtitled A Romance In Lower Mathematics, plotted the star-crossed romance between a red dot and a blue line. In an attempt to impress the point and gain its affection, the line teaches itself to form triangles and hexagons and shapes that are becoming increasingly complex “that it had to label its sides and angles to keep its place”. (The line’s romantic rival, an evil curl, has since descended into messy scribbles).

The point and line fell in love and lived “if not happily, at least reasonably”. The story ends with the moral “The vector includes the loot.” Narrated by actor Robert Morley and based on the book, the film won an Academy Award for Animated Short in 1965 and has become a staple in classrooms.

Other Juster works are the book The Hello, Goodbye Window, illustrated by Chris Raschka in 2005, which was awarded a Caldecott Medal. The sequel Sourpuss and Sweetie Pie was released in 2008.

Juster is from Brooklyn and also worked as an architect before retiring. He lived in Amherst, Massachusetts and is survived by a daughter and granddaughter. His wife Jeanne died in 2018.

Best known for THE PHANTOM TOLLBOOTH + THE DOT & THE LINE, Norton’s greatest work was himself: a tapestry with delightful stories.

“The prey goes to the vector.” pic.twitter.com/9PObTjRes7

‘Hybrid working will grow to be the norm’