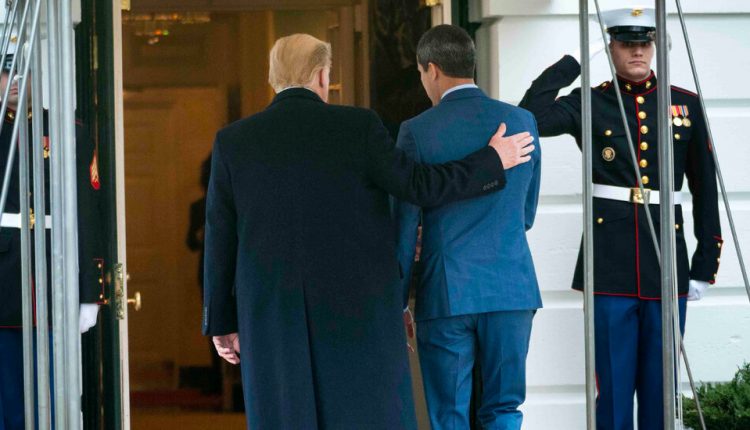 Trump, Venezuela and the Tug-of-Battle Over a Strongman

Among those with whom Mr Claver-Carone had contacted, according to the opposition leaders, was Mr Gorrín.

Until then, he was technically a refugee from American justice. US prosecutors charged him with alleged money laundering last summer. He dismissed the charges as political persecution, but Mr. Ballard had dropped him as a client and Mr. Gorrín was put on the sanctions list.

Now American officials and the Venezuelan opposition needed their own return channels. According to the opposition leaders, Mr. Gorrín and other mediators have been asked to forward US bids for indulgence to the cooperative regime figures.

Mr Gorrín had attended university with the Chief Justice of the Supreme Court of Venezuela; The Americans believed they had entered into a contract with Mr. Gorrín to bring the judge and others to the side of Mr. Guaidó. That March, the Trump administration silently removed Mr. Gorrin’s wife from the sanctions list.

Mr Gorrín, whose conversations with regime metrics was covered by the Wall Street Journal last year, denied playing any role in the effort, saying he had no contact with Mr Claver-Carone after their 2017 meeting.

An attempted uprising failed. The promised judgment of the Supreme Court never came about. The mass demonstrations led by Mr. Guaidó were mixed up and Mr. Maduro used paramilitaries to torture and kill protesters.

Mr Sargeant, whose oil business had been sunk by the new sanctions, saw an opening. That summer he teamed up with Robert Stryk, a lobbyist who had made millions representing foreign leaders in Washington. Mr Stryk’s contacts in the White House told him that the president felt misled by his advisors to Venezuela. Seeking to cut foreign policy deals that the government’s hawks spoke out against, Mr Trump clashed with Mr Bolton. In September he was gone.

The next month, Mr. Sargeant and Mr. Stryk flew to Caracas to meet with Mr. Maduro. When they got to the presidential palace, there was another guest: Mr. Gorrín.

Poets and Lovers: Do Rimbaud and Verlaine Belong in France’s Panthéon?