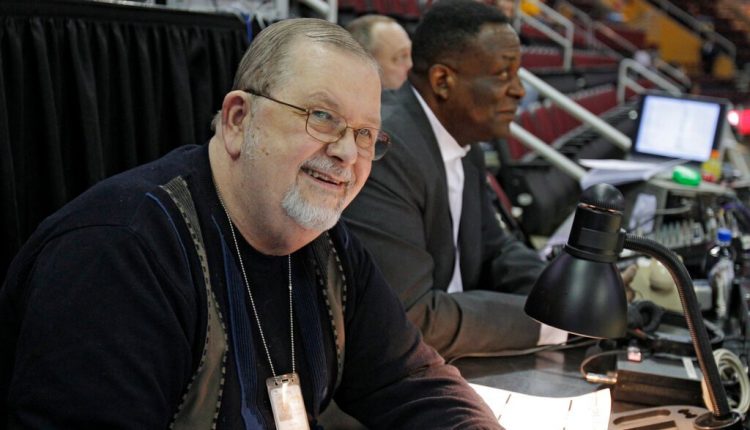 Joe Tait, who was a sporting article in Cleveland for more than four decades, died at his Ohio home at the age of 83. His daughter confirmed the death, which was due to numerous health problems.

The Cavaliers Organization issued the following statement regarding Tait’s death:

“The Cleveland Cavaliers mourn one of our beloved Founding Fathers and the original longtime voice of the franchise – Joe Tait.

“From the team’s inception in 1970 through the next four decades, the Basketball Hall of Famer informed, entertained and inspired generations of Cavs fans, painting a picture of the game with an incomparable blend of passion, precision and humor.

“A dedicated husband and father – generous with his talent and spirit – Joe has received all of the major sports broadcast awards throughout his career in northeast Ohio. And like some of the most legendary cavaliers he recorded, Joe joined them with his own banner hanging in the rafters of the Rocket Mortgage FieldHouse.

Norton Juster dies: The acclaimed children’s author of “The Phantom Tollbooth” and “The Dot And The Line” was 91 years old

“Joe Tait has been a friend and mentor to many people over the years, rather than just a member of the Cavaliers family. He has been a part of Cavs history like no other, and his voice and unique, honest perspective is reflected throughout the team’s history. He will be missed very much.

“Joe was also famous for his dry wit and pragmatic view of life and probably wouldn’t have wanted a big, sentimental goodbye. To paraphrase the legend itself, let’s not say, “Goodbye.” Let’s just say, ‘Good night everyone!’ ”

Tait was born in Illinois and graduated from Monmouth College. He began broadcasting sports where he named the Ohio Bobcats games and later Indiana University football.

During his time in Monmouth, he befriended the head basketball coach of another small college. That was Bill Fitch, and when he got a job in the NBA Tait wrote to congratulate him.

Fitch asked Tait to audition for the role of radio play-by-play voice for the Cleveland Cavaliers. It was discontinued with the 1970 opening season. He named the team’s first win after 15 defeats in a row.

After an argument with Cavaliers owner Ted Stepien, he spent a brief period calling games for the New Jersey Nets and Chicago Bulls in the early 1980s, but returned to the team and became immersed in the Cavs culture. His catchphrases included “Wham with the right / left hand!”, “To the line, to the track …” and “3 ball … Got it!”

Tait later called Cleveland Indians baseball on the radio and switched to television in 1980 to call Games on WUAB channel 43. A highlight was Tait’s call on May 15, 1981, when Cleveland bowler Len Barker threw a perfect game against the Toronto Blue Jays 3-0.

On Twitter, the Indians published recordings of Tait calling out the finale of Barker’s jewel. You thanked him for “the decades of joy you have brought to sports fans in Cleveland.”

In 2008 Tait celebrated his 3,000th game with the team. Two years later he was honored by the Basketball Hall of Fame with the Curt Gowdy Media Award, which was presented to outstanding basketball writers and broadcasters.

Survivors are his wife Jean, three children and several grandchildren. No funeral arrangements have been announced.