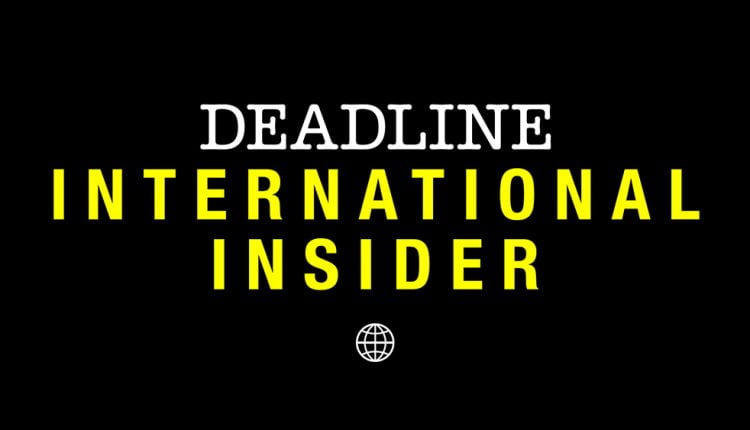 Hello and welcome to the last international insider of 2020. Jake Kanter and Tom Grater are sitting in the saddle with you to look back on another week with offers from the film and television business. International Insider will be back in the New Year, but until then, we hope your vacation is happy and healthy.

Eleventh hour: Nothing has been confirmed yet, but as we send out this newsletter, the UK and EU are about to agree terms on a last minute Brexit deal to avoid a no-deal scenario in the eleventh hour. Major breakthroughs between Downing Street and Brussels have reportedly been made overnight and the two parties are now close to reaching an agreement.

What next? Even after its publication, the lengthy document will have to be ratified by the UK Parliament, possibly in an emergency session on December 30th, and the European Parliament will also have to adopt it. Film and television organizations need to revise their details to see exactly what this means for their industry.

Effects on creative business: That remains to be seen. Unlike any other deal, a Brexit deal is seen as the lesser of two evils. This should mean fewer restrictions on work permits, for example, but the exact implications of all of this will likely only be clear long after the Brexit transition period ends at midnight on December 31.

“Really Shocking”: This is how the director of And Tomorrow The Entire World, Germany’s Oscar entry this year, described a parliamentary investigation of her film by the far-right German AFD party, which questioned why the country’s national film organization had supported the film. Four AFD MPs described the film, which is about an anti-Nazi group, as “a rather tendentious image of left-wing extremism” and questioned its legitimacy. The move has raised concerns in Germany about the influence of AFD on art for some time. Go deeper.

Context: Alternative for Germany (AFD) has been the third largest party in the Bundestag since the 2017 elections, and despite protests that it is not particularly interested in film and television policy, its growing influence over German federal funding, particularly through regional agencies, has increased local producers.

The future: Currently filmmakers in Germany believe they don’t believe AFD has the power to make significant political changes, but there are fears that the economic downturn caused by the coronavirus could potentially allow the party to strengthen after the next election in September 2021, among other things that it has a greater impact on culture.

Trouble in FranceAs we announced on Wednesday, ALP is owned by Banijay, a clone of its own entertainment franchise, the 30-year-old international hit Fort Boyard. We hear that ALP has written to the producer of District Z, the Sony-supported Satisfaction Group, and is threatening to sue for a format violation. No page commented.

How it could turn out: The dispute over District Z proves an old TV idiom that wherever there is a hit, there is a script. However, cases of format violations are rare and notoriously difficult to deal with, so they would raise their eyebrows if the dispute were brought to court. One thing is for sure, the banijay producers, who told Sony they were interested in an option on the format, may now think twice about it after their sister company hoisted a warning flag.

Stand: Shortly after International Insider hit your inbox last week, two of the biggest television and movie markets announced plans to cancel their physical events early next year as coronavirus continues to torment event planners. The Berlin Film Festival was rethought as a two-part meeting: a virtual European film market in March and a mini-festival in summer. MipTV, meanwhile, will go online in April before a physical Mipcom is in Cannes in October.

The big picture: The organizers are more adept at planning the pandemic and 2020 showed us that business can be done at virtual gatherings. Early security is helpful, especially when so much remains uncertain. The vaccine is coming, but Covid-19 won’t go down without an all-powerful fight. Hopes of a return to spring industry joys are all but extinguished, but we remain warmed up to the thought that 2021 may not be as bad as last year.

Vacating Vice: One of the bigger stories of a quiet week was the departure of Dominique Delport, vice media president of the international and global chief revenue officer. The French executive has been with Vice for nearly three years and works closely with Nancy Dubuc to shatter the image of the “bro culture” that existed under co-founder Shane Smith. Vice remains on track this year to turn a profit despite coronavirus struggles and another round of downsizing. Our full shovel is here.

What’s next for Delport?: As an established personality in the French media scene, Vivendi’s board member founds a consulting firm called Arduina Partners. He will count Vice among his clients, while Delport is looking after three startups that combine artificial intelligence and intellectual property. “I’ve had a fantastic run at Vice in almost three years and it’s a bittersweet feeling to leave such a talented team,” he told us.

Blocked: UK distributor Peccadillo Pictures was shocked this week when Amazon Prime Video UK notified the company that it had banned The Prince from publishing because it contained “offensive content” that was against the streamer’s guidelines. This is despite the same version of the film, which is available on DVD on Amazon. Continue reading.

🍿 International box office: Warner Bros / DC’s 1984 Wonder Woman debuted in 32 international box office markets over the weekend and opened 30,221 screens at an estimated $ 38.5 million. That was well below the forecast of $ 60 million due to a disappointing performance in China and sudden theater closings. Nancy Tartaglione had the details.

🌶️ Hot of the week: Disney + is stepping up its efforts on UK-made originals with Warner Bros International Television Production’s ambitious natural history show Growing Up Animal, Wall To Wall. We had the bullet.

🚚 On road: Crown producer Left Bank Pictures stepped up the role of executive producer Michael Casey, handing him a seat on the board after Suzanne Mackie left in October. Go deeper.

🎦 Trailer Dash: Who better to think about the chaos of 2020 than Charlie Brooker? His Netflix special Death To 2020 lands on December 27th. Here’s the trailer with a star cast including Samuel L. Jackson, Lisa Kudrow, Joe Keery and Hugh Grant. Look here.

🎄 Festive to see: After coronavirus production came to a standstill, schedules are a little tight on big celebratory crackers, but BBC One pulled some presents out of the bag. Julia Donaldson’s adaptation, Zog and the Flying Doctors, is a treat for the whole family, while Call The Midwife’s Christmas special is our tip to top the festive ratings in the UK.

We thought we would end 2020 by handing out a handful of our own gongs. It’s been a dark year, so below are a few moments that brought us some light and ease. And the winner is…

🏆 Acceptance speech for most of the 2020 awards: A clear win for Chernoyls Simon Smith and Jinx Godfrey, who triumphed in the BAFTA Craft Awards in the fiction category. They filmed their acceptance speech at a motorway gas station – and even created a BAFTA aluminum foil for the occasion. Check it out here.

🏆 Best TV News Zoom Bomb: 2020 gave us a window into people’s homes, which meant that some unusual domestic scenes were being played on news channels where the chaos of everyday life hit the headlines of the day. Our winner here is Professor Clare Wenham, who juggled an important interview with her daughter about coronavirus and found the perfect home for her unicorn picture. The results are gratifying. 🏵️ In this category, we highly recommend Sky News outside editor Deborah Haynes, who was interrupted by her son and asked for two cookies. Look here.

🏆 Accidental Zoom Panel Best Participant: Ok, not entirely different from above, but worth remembering the confusing moment when an elderly gentleman interrupted a Cannes Virtual Marche panel with Neon’s Tom Quinn and Elissa Federoff. After some digging, it turned out to be the father of Brent Lang, editor-in-chief of our sister publication Variety.

🏆 Iconic Quiz Candidate of the Year: January feels like a different world, but it was a world where actress Amanda Henderson appeared on the BBC quiz Mastermind. When asked about a very famous Swedish climate change activist, a panicked Henderson grabbed the first thing she could think of: “Sharon”. Convince yourself here. The moment got all the better when Greta Thunberg changed her Twitter name to Sharon after the clip went viral.

🏆 Best choked yawn of 2020: Back to the TV news where BBC host Ben Brown was literally caught napping when the camera threw back into the studio. “Oh! Caught out there,” the anchor exclaimed before calmly moving on. It’s been a long year so we felt every moment of Brown’s fly-catching yawns. Here’s the clip.