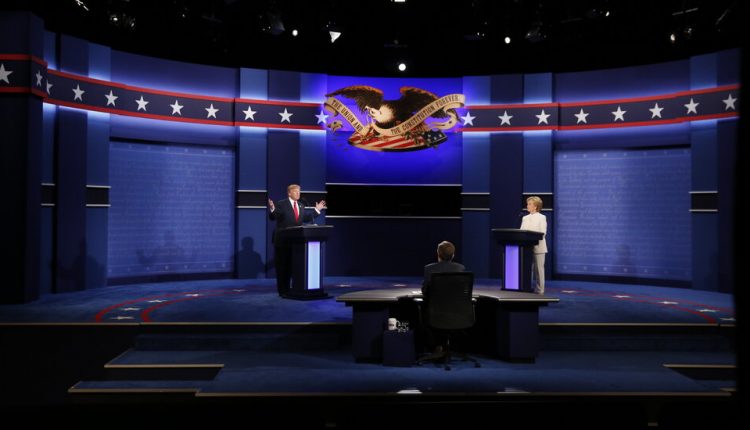 Like many things this year, the President and Vice President debates will be slightly different. There will only be one moderator per debate and we are still unsure if there will be a crowd – and if so, how many people will be admitted. Each debate starts at 9:00 p.m. East Coast Time and runs continuously for an hour and a half, according to the Presidential Debate Commission.

Here’s a rundown of what we know for each debate so far:

Place: President Trump and Joseph R. Biden Jr., the Democratic candidate, will meet at Case Western Reserve University in Cleveland. Notre Dame withdrew as host due to the coronavirus pandemic.

How to watch: The Times will broadcast the event live and our reporters will provide commentary and analysis. The debate is also taking place on channels such as CNN, Fox News, CBS, ABC, C-SPAN, NBC and MSNBC.

The moderator: Chris Wallace, anchor of Fox News Sunday, will moderate the debate. It is the second time that he has moderated a presidential debate. The first was between Mr. Trump and Hillary Clinton in 2016.

Topics announced: The moderator can choose the topics for debate at his own discretion. For the first round, Mr. Wallace selected Mr. Trump and Mr. Biden’s records, the Supreme Court, the coronavirus pandemic, the economy, race and urban violence and the integrity of the elections. It will take 15 minutes to discuss each topic.

Place: Kingsbury Hall at the University of Utah in Salt Lake City.

How to see: The Times will have an uninterrupted live stream, providing insights and analysis. The debate is also taking place on the news networks.

Topics announced: The topics will be announced by the moderator and the Presidential Debate Commission a week before the debate. We know there will be nine topics and each will take about 10 minutes.

Place: Adrienne Arsht Center for the Performing Arts in Miami. That debate was originally supposed to take place at the University of Michigan, which said it would not host the debate because of concerns about the pandemic.

How to see: The Times will stream the event and provide live analysis. The debate is also taking place on the news networks.

Topics announced: The moderator and the Presidential Debate Committee will announce the issues a week before the debate.

How to see: The Times will have an uninterrupted stream along with a live chat and briefing with analysis from our reporters. The debate is also taking place on the news networks.

The moderator: Kristen Welker, White House correspondent for NBC News and co-host of Weekend Today. She is only the second black woman to act as the sole moderator of a presidential debate. The first was Carole Simpson.

Topics announced: The moderator and the Presidential Debate Committee will announce topics a week before the debate, but as in the first debate, there will be six topics. Everyone will get 15 minutes.