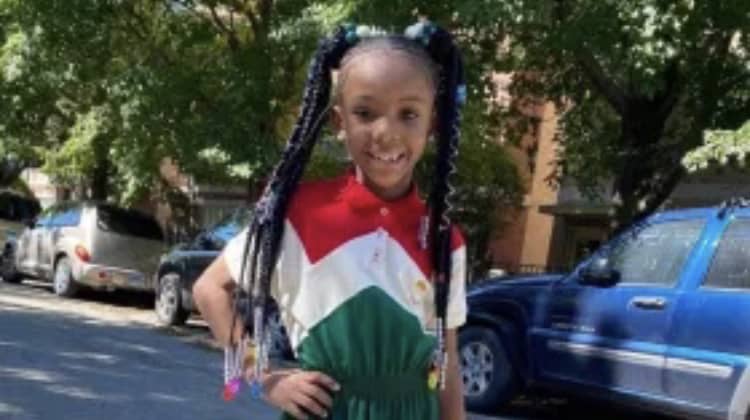 TSR Updatez: One of the suspects wanted in the fatal shooting of 7-year-old Jaslyn Adams is in custody today after being followed and shot by Chicago police.

Jaslyn’s heartbreaking story caused the Chicago community and her family to seek justice for the young girl who was shot and killed on Sunday while sitting with her father on a thoroughfare at a McDonald’s.

According to ABC Chicago, the suspect was shot dead by CPD officers on the Eisenhower Expressway on Thursday afternoon after a car chase. Officials say They tried to drag the suspect east on I-290, but the suspect fled and crashed on the side of the road near Mannheimer Strasse.

The suspect is also accused of trying to steal another family’s car that got stuck in traffic on the expressway. Illinois State Police officers say the man shot the police before CPD returned fire and slapped him in one of his arms.

He was taken to a local hospital for treatment and police say he will survive.

“We prayed for justice and we got it,” said Tawny McMullen, Jaslyn’s aunt.

Jaslyn’s family heard of the police persecution but did not realize that it was related to Jaslyn’s investigation.

Police said at least two guns were found in the suspect’s car, although investigators have not yet said whether they were used in Jaslyn’s murder.

“So cute. Such an angel. She was an angel, harmless,” said Jaslyn’s aunt.

Brown said Chicago police believe Jaslyn’s father was the target of the shooting.