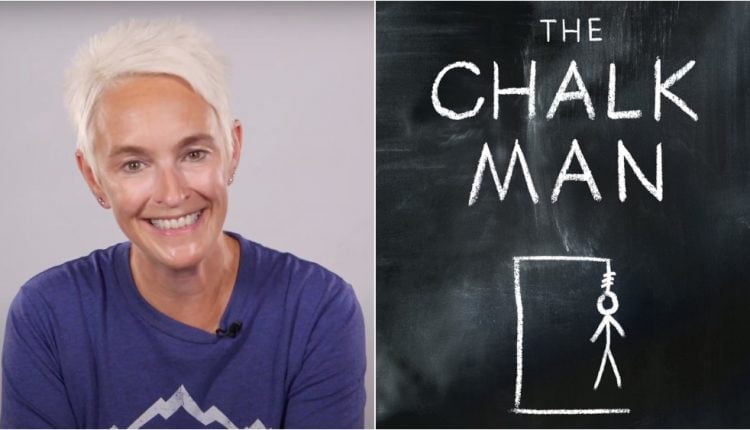 BBC Studios has attached writer Mick Ford from The Boy With The Top Knot and Single Father to adapt the Sunday Times bestseller. The project is part of the drama team at BBC Studios in the north of England, which is currently producing the series Time by Sean Bean and Stephen Graham.

The chalk man tells the story of five students from the 1990s who, inspired by a teacher, left each other secret messages in chalk. But the fun stops when the chalk drawings lead her to the corpse of a 17 year old girl. Fast forward 30 years and one of the boys, Eddie, receives a chalk pen and draws in the mail, forcing the chalk men to face their haunting memories again.

“CJ Tudor’s creepy tale of an adulthood haunted by the past is one we knew TV viewers around the world would be drawn to,” said Tom Sherry, director of BBC Studios drama North. Sam Sokolow, Chairman of Nice Media, added: “Mick Ford’s authentic voice and dynamic vision serve the material as a great justice.”

Other Nice Media projects include Nat Geo’s Genius: Aretha with Cynthia Erivo as Aretha Franklin. The company is also working with MGM Television on the development of TC Boyle’s immigration novel, The Tortilla Curtain, with Will Schefer and Mark Olsen.

Windowseat credits include James Franco and Amber Heard with The Adderall Diaries and Barely Lethal with Jessica Alba and Samuel L. Jackson.