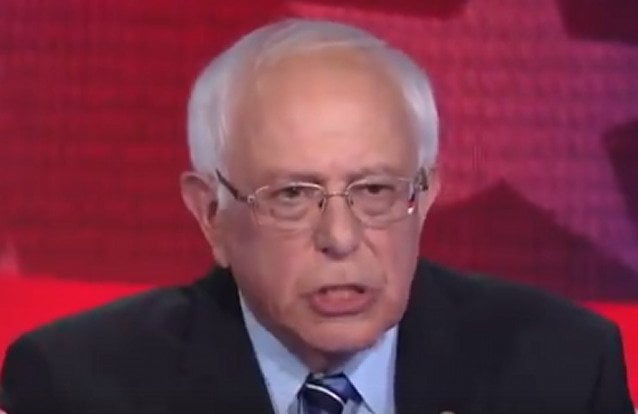 Nancy Pelosi recently admitted that the delay in COVID aid for the past few months has been all about politics, making her one of the nastiest people alive today.

Now Bernie Sanders has admitted the same thing, although he seems to believe it was a mistake to do so.

Remember, no one in Congress has missed a paycheck since this whole thing started.

“You were talking about that $ 1.8 trillion bill that the White House, Steve Mnuchin, the Treasury Secretary, was working on with House Speaker Nancy Pelosi. The Democrats have said goodbye to this bill, ”said Tapper.

“Because [Democrats] wanted 2.2 trillion and they went away from 1.8 trillion. Was that a mistake? “Asked Tapper.

“I tell you! Just what I’m saying! Here was a proposal, much, much bigger. Democrats said no, not good enough, and now we’re ready to adopt a proposal that I think is $ 350 billion new money and which, to the best of my knowledge, also includes the language of corporate immunity.

WATCH: Even Bernie Sanders admits that much of the pain Americans across the country are now facing could have been avoided if the Democrats had come to the table when Republicans attempted targeted COVID19 relief in September to adopt. pic.twitter.com/XUqzdnKqq0

Why did we first hear Bernie Sanders talk about it on television?

It might have been more helpful for him to say something months ago.