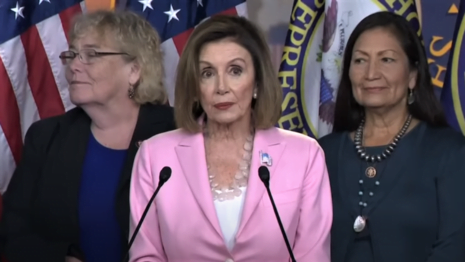 Democrats always seem to be the heroes in the copy of the so-called “mainstream” media. Republicans often emerge as the villains, crushing everything noble and good. The left is typically described as the reformers who somehow lack ideology.

Take a March 15 story that runs the national section of the New York Times. The headline read “A “once in a generation” moment is looming for proxy attorneys: Opposition to restrictive Republican electoral laws – and support for a comprehensive democratic law – is fueling a movement like none in decades. But can it work? “

The left is described as a “proxy” who has their “moment” – because the Democrats are in control of everything. Democrats have a “comprehensive” proposal to combat these “restrictive” Republicans.

You can see more of this career bias in the first paragraph from supposedly objective reporters Nicholas Fandos and Michael Wines:

State and national proxies are waging the most momentous political battle for ballot access since the civil rights era. That struggle increasingly centered on a far-reaching federal overhaul of electoral rules to offset a wave of voting restrictions that seized Republican-controlled state legislatures.

So Republicans are pushing for “restrictions” that can be seen as restricting “access to the ballot” like “the era of civil rights” (um, “racist”). Reporters then praised the Democrats’ bill as “a landmark national extension of voting rights”. Democrats often propose “landmark” laws. That’s part of how the New York Times and other outlets are less subtle promoting the Democrats.

Of the 35 paragraphs in this story, the vast majority describe how “stakeholders” with names like Progress Arizona and Black Voters Matter are lobbying for the bill. Joe Biden must have his “Lyndon B. Johnson Moment,” they say. (Republicans, tagged again as voter-suppressing bigots.)

Only one paragraph contains a Republican argument against HR 1 that it is “a cynical attempt by the left to put their thumbs on the scales of democracy and develop our laws to help them win elections”.

That quote contained a cautionary paragraph urging you not to believe the GOP: “Republicans are still ignited by Mr Trump’s false claims about a stolen election and the party’s unified message that election restrictions, many of them Most likely to fall on minorities and democrats. Preventing fraud requires studies, which studies have repeatedly shown to barely exist. ”

The word “controversial” is not applied to HR 1 by these scribes. No polls are cited to determine where voters end up. For example, a recent poll by the Polling Company found that 77 percent of respondents believe voters must show photo ID when voting. A survey by McLaughlin and Associates found 81 percent support. HR 1 scraps that.

The McLaughlin poll also found that 85 percent of supporters agree to have the signature verified for every mail-in vote. HR 1 would assure that states could not enforce signature or certification of witnesses for mail-in voters.

That Times story doesn’t really explain what’s on that 800-page bill. But it continues the bloating of the Democrats that “the withdrawal of voting rights” is “an existential threat to democracy upon which all other liberal causes, from gun control to health care, depend”. So is this a “rollback” of voting rights? Or just the left’s agenda?

“Repressive voting laws” are supported by a majority of voters, but liberal journalists really don’t care what the polls say. Journalism and liberalism are inevitably linked.