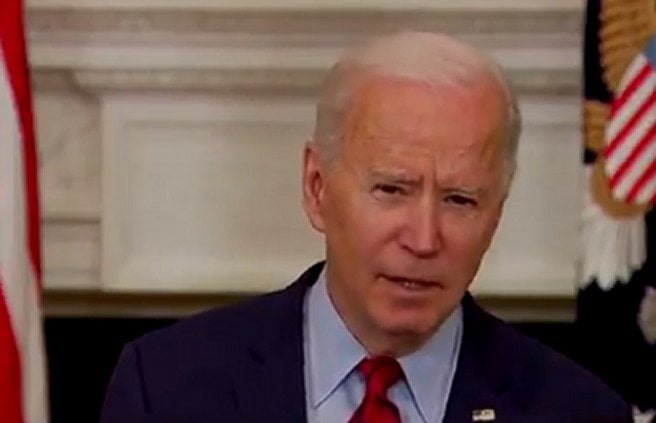 Democrats are desperate to end the filibuster. They see this as the key to getting their far left agenda adopted, and they are right.

Pretty much anything could happen to the Democrats without the filibuster.

To get rid of the filibuster they call it racist, which is ridiculous because the Democrats have used the filibuster over 300 times in the past year.

TRENDING: Laura Ingraham cuts off President Trump – reduces democratic election crimes – shames the president for not having a better legal strategy – on cases the Supreme Court would not hear

Democrats used Filibuster 327 times, compared to just once by GOP in 2020: report

President Joe Biden was increasingly critical of the Senate filibuster, calling it a Jim Crow relic and saying it was widespread despite the fact that Democrats used it more than 300 times in 2020 compared to once by Republicans.

“After @POTUS @JoeBiden denounced rampant filibuster abuse last year, we did some digging,” tweeted Fox News host John Roberts on Friday. “The Republicans used it once. Democrats have used it 327 times. “

After @POTUS @JoeBiden denounced rampant filibuster abuse last year, we did some digging. Republicans used it once. Democrats used it 327 times. @Fox News

Well, that kind of ruins the narrative, doesn’t it?

Of course, CNN is trying to help the Democrats push the party line forward.

President Biden agrees with former President Barack Obama that the filibuster is “a relic of the Jim Crow era”. Https://t.co/2Ja2XJtnHj

Everything the Democrats say about it is rubbish and shame for the media for not owning it.

Another question reporter Joe Biden should have asked yesterday – why were Chuck Schumer and his colleagues trying to make America Jim Crow again? https://t.co/yWDdqjGmHF

Someone should probably ask Joe Biden if he really believes the Filibuster is a “relic of the Jim Crow era.” Then why did he use it repeatedly during his years in the Senate? #bidenpressconference

The Democrats just want power. That’s what this is about.