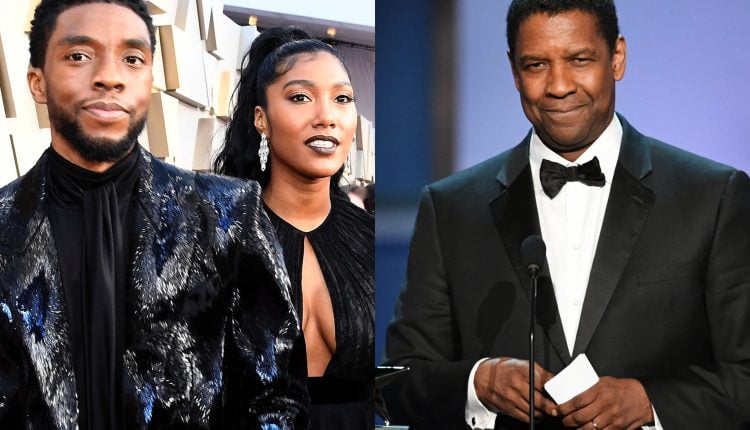 In preparation for the release of the new Netflix movie, Ma Rainey’s Black Bottom, the cast and crew of the movie speak about the meaning of the story the movie tells and the screenings that made it possible. The film is an adaptation of the play written by August Wilson.

As many of you already know, the upcoming release will also mark the late Chadwick Boseman’s final film.

One of the people recently interviewed while promoting the film was legendary Denzel Washington, who is the producer on the project.

While speaking on CBS on Sunday morning, Denzel pondered Chadwick’s performance in the film, remembering the time telling Chadwick to marry Taylor Simone Ledward after seeing how she looked after him while he was on Set was.

Chadwick passed away in August after a battle with colon cancer that not too many people were aware of. Even so, he continued his commitment to portraying some of our favorite characters on screen.

Denzel said: “It’s fascinating that nobody knew. Well, thank him; he kept it to himself. It was nobody’s business. He was there to deliver and he delivered. “

“Some members of his team knew. His wife was there. They weren’t even married yet, ”Denzel continued. “And I always watched her take care of him and I actually said to him, ‘Man, you know, you have to put a ring on that finger because she was watching it and watching it. And I say, “Man, she loves this guy.” You know, but I didn’t know what we know now. “

Chadwick and Taylor were revealed to be married when his team released an official statement announcing his death.