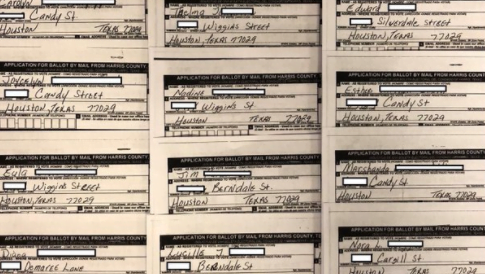 Houston Ballots All Have Similar Signature and Similar Deal with

The election fraud in this year’s presidential election was widespread and extensive.

Instead of asking where the scam was? The real question is, where was there no scam? Democrats used every trick in their book to steal votes and produce ballot papers.

Here is the latest evidence of electoral fraud in Texas.

TRENDING: Rudy Giuliani: “From Christmas this will really explode”

That’s what Democrats do.

And they will do this until people are sent to jail.
That has to stop.

WHERE’S THE DOJ? WHERE IS THE FBI?
What terrible people!

Now I’m not a handwriting expert, but… pic.twitter.com/2LlEqPBo9t