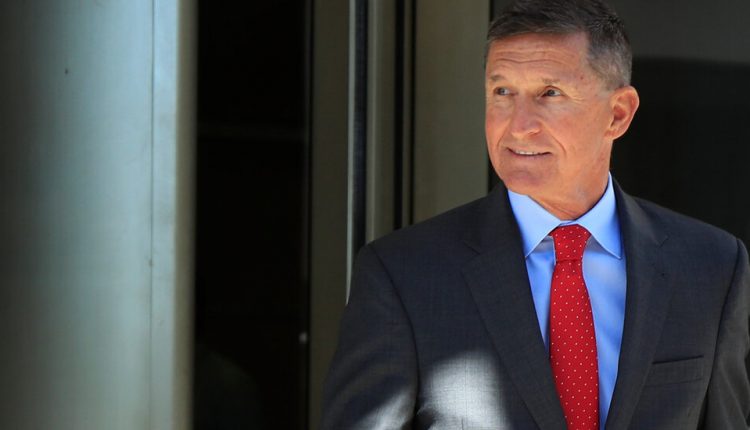 In its motion to drop the criminal complaint against Mr Flynn, the Justice Department cited Mr Barnett’s draft memo from January 2017 as evidence that there was no need to question Mr Flynn about his conversations with the Russian, given the case was as good as complete. The department also said the FBI had transcripts of Mr. Flynn’s calls to Mr. Kislyak and there was no need to question him further, the department argued.

Shortly after the Flynn interview, Mr Barnett asked to leave the case, saying he feared it was “problematic” enough to be the subject of a general investigation by the inspector, according to his interview. His application was denied.

Separately, Mr Barr shared with Mr Graham on Thursday newly released information about the main source for the document, known as the Steele Dossier after Christopher Steele, the former British spy who compiled it.

The dossier was created during the 2016 campaign as Democrat-funded opposition research. The FBI incorporated several allegations into wiretapping requests for Carter Page, a former Trump campaign foreign affairs adviser who had been the subject of an open counterintelligence investigation before the office opened its Trump-Russia investigation.

Previous approvals by the Trump administration have resulted in Igor Danchenko, an expert on Russian politics, being publicly identified as Mr Steele’s main source. Mr Danchenko gathered rumors and allegations from his own contacts in Russia about alleged links between Russian intelligence and Mr Trump and his staff for it. (Mr. Danchenko described the dossier as exaggerating what he told Mr. Steele.)

The newly released information stated that Mr Danchenko was the subject of an anti-espionage investigation from May 2009 to March 2011. That fact was included in a previously edited version of a general inspector’s report of deficiencies in wiretapping requests from Page and Mr. Barr’s investigation summary made available for dissemination by Mr. Graham investigating the FBI.

Barr’s executive summary said the investigation opened because someone told the FBI that Mr. Danchenko made a comment in a think tank last year that sounded like a request for unauthorized disclosure of To pay classified information. A subsequent investigation also revealed that in 2005 and 2006 Mr Danchenko had contact with people suspected of being Russian intelligence officers, including one at the Russian embassy in Washington, whom he had expressed an interest in eventually joining the country diplomatic service.

Mark Schamel, Mr. Danchenko’s attorney, said in a statement on Friday: “As any objective investigation has shown, Mr. Danchenko is an exceptional analyst who is honest and credible.”

Charlie Savage contributed to the coverage.