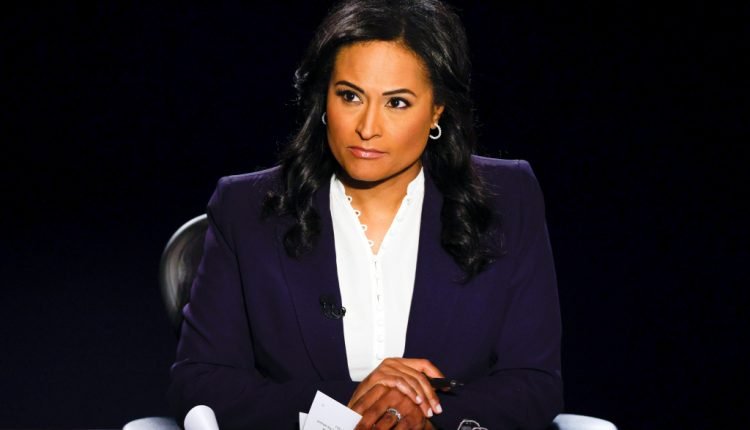 Minutes into the second and final presidential debate, Fox News’ Chris Wallace said to the audience, “First of all, I’m jealous.”

That was jealous of how different this debate was from the first that Wallace hosted. Instead of interruptions, candidates, and Trump in particular, looked for a mute button that silenced their microphones while the other spoke. And when the debate ended, presenter Kristen Welker praised things under control and her questions.

“You have two minutes without a break,” Welker reminded candidates, one of several methods she used to keep things under control for the 90-minute event. She also asked for harsh follow-up and allowed candidates to do their own exchanges if necessary without getting out of hand.

At one point, even President Donald Trump gave her credit after spending most of a week beating her up as biased. “I have a lot of respect for how you handle it, I have to say,” said Trump.

Welker, the NBC News White House correspondent and co-host of Weekend Today, faced a rather daunting task after the initial debate, which was viewed as a debacle as viewers could not decipher what the contestants were talking about.

This time it helped that Trump noticed the repeated interruptions weren’t helping him, and it weakened it a bit. The Debate Commission’s new rule to mute candidates’ microphones at certain times may have deterred both candidates from interfering.

The credit also goes to the moderator, who has the delicate task of knowing when to let the candidates speak and when to interrupt. Welker did that, and sometimes in subtle ways. When Trump said that migrant children separated from their parents were “so well taken care of,” she interjected, “But some of them were not reunited with their families.”

Dan Rather wrote on Twitter: “A tip from Stetson to Kristen Withered. A consummate professional on a large and difficult stage. “

On PBS NewsHour, presenter Judy Woodruff said Welker did an “excellent job” then added, “This was a substantive debate. I think a much more valuable debate to the American people than what we heard in the first debate. “

E.U. Debates Whether or not a Veggie Burger Is Actually a Burger