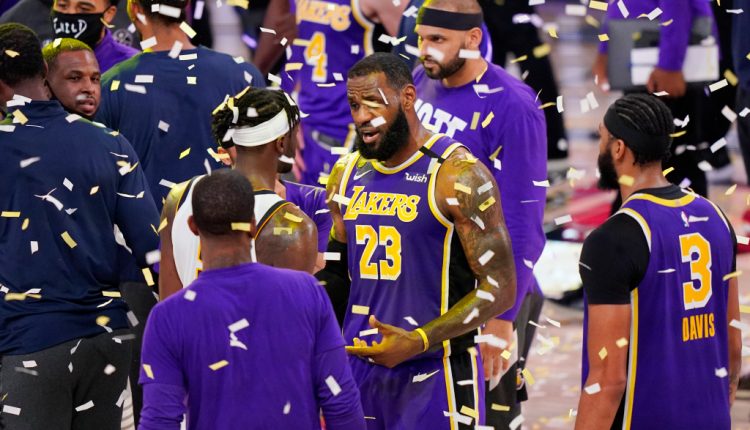 As the purple and gold confetti fell, LeBron James sat emotionless on the hardwood during the trophy ceremony in the Western Conference Finals. James didn’t seem to mind that the Lakers had finished first in the finals since Kobe Bryant led the Lakers to their last championship in 2010.

“Right now, that doesn’t mean s – unless I can make it,” James told ESPN after the Lakers beat the Denver Nuggets in Game 5 on Saturday. “I have to make it.”

This is also James’ first final on the Los Angeles roster. James’ first year with the Lakers came under fire after the team failed to make the playoffs for the ninth straight year. After All-Star Anthony Davis joined in last off-season, the Lakers were ready to take a serious run for the championship.

After a relatively undisputed playoff run, the Miami Heat appears to be a tough challenge against the LeBron-led Lakers. The fifth set heat hasn’t reached the NBA finals since James left the organization in 2014 after losing the previous series to the San Antonio Spurs.

The opening tip for Game 1 is Wednesday, September 30th at 6:00 p.m. PST and will be shown nationwide on ABC.