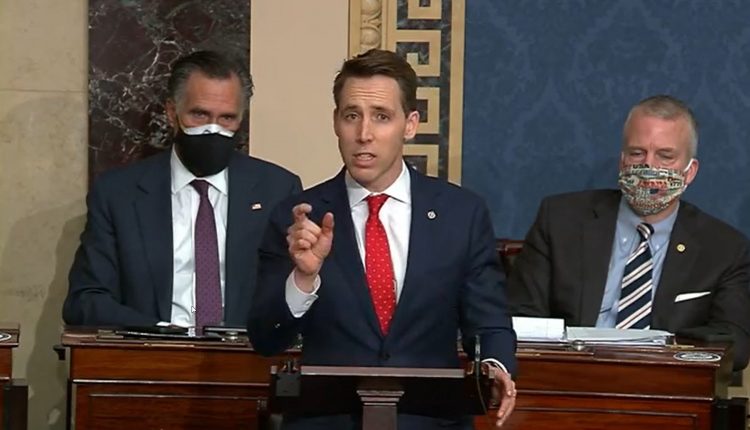 Angry! Simon & Schuster has just announced that it will no longer publish Senator Josh Hawley’s book on Thursday. If you didn’t know, Sen. Hawley is one of the members of Congress who tried to dismiss the presidential election results.

Hawley’s book “The Tyranny of Big Tech” was due to be published in June, which is no longer the case, as he is accused of inciting the mob that stormed the capital on Wednesday.

“We did not come to this decision lightly,” said Simon & Schuster in a statement. “As publishers, our mission will always be to reinforce a variety of voices and viewpoints: At the same time, we take our greater public responsibility as citizens seriously and cannot support Senator Hawley after his role in a dangerous threat.”

In response, Senator Hawley alluded to taking the company to court for violating its First Amendment rights.

“Let me be clear, this is not just a contract dispute. It is a direct attack on the First Amendment, ”he wrote. “Now only one approved speech can be published. This is the left that is trying to cancel anyone they disagree with. I will fight this culture of abandonment with everything I have. See you in court. “

As we reported earlier, several people were killed after Trump supporters stormed the capital on Wednesday afternoon. The riot began after Sen. Hawley and other members of Congress raised the impending inauguration and doubled over on the idea that the election had been somehow rigged.

While few arrests were made, the chaos raged for hours and President-elect Joe Biden spoke about the event on Thursday. Here is what he had to say: