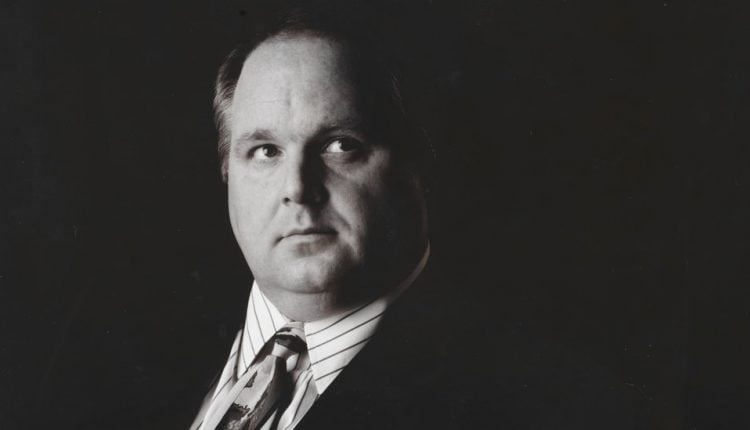 Unlike Howard Stern, Don Imus, and other big names on shock radio, Mr. Limbaugh had no on-the-air pals, despite having conversations in the unheard voice of someone he called “Bo Snerdly”. Nor did he have any authors, scripts, or outlines, just notes and newspaper clippings that he’d looked through daily.

Alone with his multitude in his studio joked, scolded, twittered and burst out singing, mimicry or boo-hoos when “The Rush Limbaugh Show” broadcast over 650 stations on Premier Radio Networks, a subsidiary of iHeartMedia (formerly Clear Channel) Communication). In his alternate universe in the air he was “El Rushbo” and “America’s Anchorman” in the “Southern Command” bunker of an “Excellence in Broadcasting” network.

For loyal “Dittoheads”, his defiantly self-deprecating followers, he was an indomitable patriot, an icon of wit and wisdom – Mark Twain, Father Coughlin and the founding fathers rolled into one. His political influence lies in the reactions he provoked, the avalanche of phone calls, emails and website anger, the headlines and the occasional praise or anger from the White House and Capitol Hill.

For critics, he was a hypocritical charlatan, the most dangerous man in America, a label he co-opted. And some critics insisted that he had no real political power, just an intimidating, self-glorifying presence that influenced an aging far-right fringe whose numbers, while impressive, were not big enough to sway the outcome of the national elections.

In any case, it was a commercial phenomenon that made $ 85 million a year. Married four times and divorced three times, he had no children and lived on a seaside estate in a 24,000-square-foot mansion. It contained oriental carpets, chandeliers, and a two-story, mahogany-paneled library of leather-bound collections. He had half a dozen cars, one costing $ 450,000, and a Gulfstream G550 jet valued at $ 54 million.

He dropped $ 5,000 in tips at restaurants, adding to the grandiloquence of a proud college dropout, and was lightly caricatured himself: overweight all his life, sometimes over 300 pounds, a cigar smoker with a mischievous grin and sly eyes, straggly hair forehead combed back by a mastodon. He moved his mass with surprising grace as he demonstrated an environmentalist gently hopping in a wooded area. But his voice was his brass ring – a brisk, quick staccato that broke out into screeching dolphin talk or falsetto sobs to expose the benefactors with its inventive but bloody vocabulary.

A full obituary will appear shortly.