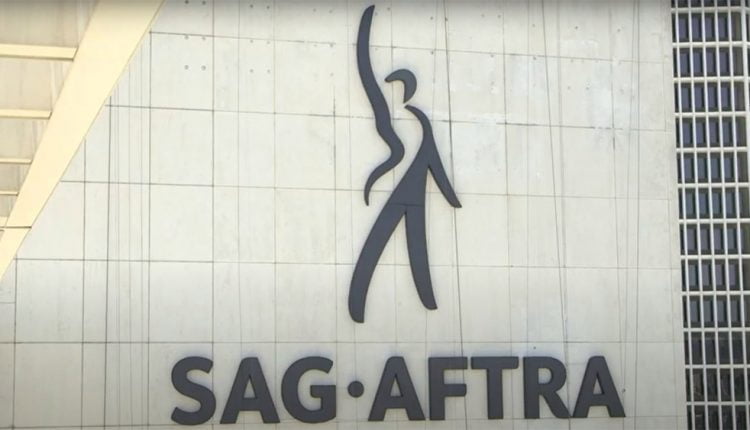 SAG-AFTRA will launch a weeklong virtual event to combat and combat discrimination and intolerance in the entertainment and media industries. The series of presentations, which starts Tuesday and runs through Friday, will bring together a number of key characters including Olivia Munn, Richard Lui and Brian Tee.

Stop the Hate Week will feature panels, talks and key notes led by SAG-AFTRA members, broadcasters, academics, workers and professionals to discuss how equality is on screen, in production, in recording studios and can be improved in newsrooms. Nightline host Juju Chang and KGO TV host and reporter Dion Lim from San Francisco will join Munn, Lui and Tee to discuss how entertainment and the media can help combat anti-Asian hatred.

“The money stays with each of us. Our high profile work gives people who work in entertainment and media an opportunity to change hearts and minds and build a more just and fairer society, ”said Gabrielle Carteris, President of SAG-AFTRA. “We all need to make a top-down, bottom-up commitment to create a more just world for all. Stop the Hate Week gives each of us a glimpse into someone’s experience with the hope that we can understand the challenges they are facing in order to figure out how to take actionable steps towards change. It is time for the entertainment industry to learn from one another and use our influential voices to create an environment of inclusion, fairness and accountability. “

The weeklong event comes weeks after SAG-AFTRA leaders urged their members to lead the fight against discrimination and hatred in Asia and America. When SAG AFTRA urged members to stand up against anti-Asian hatred, it identified a number of measures and efforts to combat discrimination, including sponsoring and attending events and festivals in Asia and America to support laws, promote diversity and much more.

The full schedule for the SAG-AFTRA “Stop the Hate” event can be found below (all times PT):

President’s Task Force on Education and Public Relations: The Next Generation of Broadcasters (10 a.m.)

#StopAsianHate: Journalists and Actors on How the Media Can Support the AAPI Community (10:30 a.m.) – Asian American Pacific Islander Americans have been the target of bullying and violence against Asia for over a year. In this panel discussion, broadcasters covering the tragic stories, along with actors, talk about how the media can help stop the hatred.

Disability Inclusion in Hollywood: (9:45 am) – – A conversation with the Ruderman Family Foundation and other advocates of disability inclusion. More details will follow.

Experienced actors: Senior Representation on Screen (10:30 a.m.) – A conversation with award-winning, seasoned actors about how to create systemic change and greater inclusion and executive representation opportunities that reflect the diversity of the American scene.

IllumiNative: Native American Media Re-Centering (12:45 PM) – The SAG-AFTRA Native American Committee welcomes a discussion with IllumiNative, part of a new generation of Native American nonprofits, to discuss advocacy for the community through a combination of data, resources, digital networking, and voice support is used to ensure that the invisibility, stereotypes and misinformation about native people on screen and in our society are a thing of the past.

Transition from conversation to action (1:30 p.m.) – In this thought-provoking keynote address, Shelley Zallis, CEO of The Female Quotient, will examine what steps the union can take to turn open conversation into action for change.

Cast from the Middle East / North Africa (MENA): Hollywood’s Journey to Justice (2:15 p.m.) – – For far too long, the deletion of multidimensional MENA characters has put a heavy strain on the MENA creative community. In an era of increasing diversity, equity, and inclusion, MENA artists and organizations are using allies and data to transform the industry and MENA narrative for the better.

Discussion: Expand the Screen (9:15 a.m.) – Oscar-nominated director Kevin Wilson Jr. took a fresh lens to explore the richness of the Black experience in a stunning Procter & Gamble-sponsored short film project “Widen the Screen” – a platform that is reclaiming the beauty of Black Life in film. Wilson shares how he directed the series and shares some insight into his experience with a mostly black cast and crew. Wilson is joined by one of the main characters, Al-Teron Williams, for this discussion.

Normalizing Diversity: Change the Narrative (10.15am) – The time for change is now. Changemakers will share their insights and inspirations for normalizing diversity while working to break down decade-old barriers that traditionally offer limited visibility, acceptance and opportunity for the black community.

UCLA’s Hollywood Diversity Report Series: The Link Between Industry Inclusion and Profit (11:45 a.m.) – This lecture will discuss key findings from eight-year annual reports on the state of gender and racial diversity in front of and behind the camera in Hollywood’s film and television. It will consider the relationship between on-screen diversity and film office and television ratings, as well as key best practices for advancing diversity and inclusion in Hollywood.

Tired of Talking: How Information Can Promote Latino Inclusion (1:15 p.m.) – The needle did not move on the screen when the Latino shot was taken, which is roughly 6% for a community estimated to make up nearly 19% of the US population. Media and consumer research firm Nielsen will explain how the community can turn dismal data into a driver of change by using information and metrics to start a media movement that Latinos deserve and deserve.