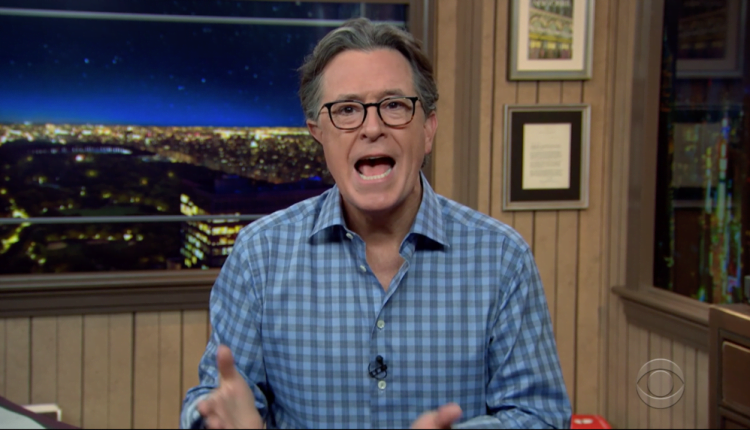 Stephen Colbert Wearily Recaps ‘The Week That Felt Like A Yr’ – .

What a week it was, and a somewhat tired Stephen Colbert took it upon himself on a rare Friday appearance to try to regain all of its nuances and news in a monologue.

Colbert opened up by rubbing his glasses and admitting that because of the long intensity he had cried, “whether my glasses are dirty or my corneas are no longer concentrating”.

The late night host divided the last week into Tuesday (“The Funny Night”) and Wednesday (“The Bad Day”).

Colbert admitted that he loved touchscreens for election coverage in Georgia, although his own efforts to translate the numbers were a bit crude.

He also found time to honor newly elected Georgia Senator Jon Ossoff, or as Colbert called him, “The boy who demands bedtime has to be postponed to 9:15 pm.”

He also noted that even though she is now Vice President, Kamala Harris will essentially remain a Senator because she is often asked to be the deciding vote in a Senate divided along the 50-50 line. He noticed the irony of only paying her one job when she’s going to do two.

Check out the rest of the monologue above.