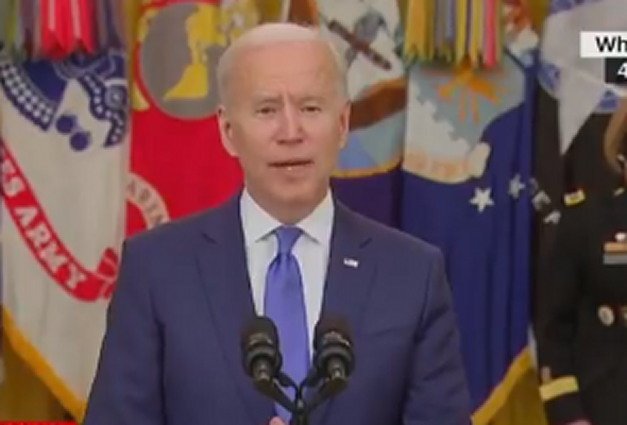 ‘The Man Who Runs That Outfit Over There’ (VIDEO)

Joe Biden had another sunset this week. He was speaking from the White House and couldn’t remember the name of his Secretary of Defense.

Remember all the times when the Democrats and their media allies claimed Trump was not mentally fit for office?

Where are you now?

Joe Biden can’t remember who his Secretary of Defense is

President Joe Biden seemed to forget who his Secretary of Defense was on Monday during an event at the White House promoting two female generals on International Women’s Day.

“I want to thank the former general,” Biden began, “I keep calling him general, but my … the guy running the outfit over there.”

The guy who runs “that outfit over there,” aka the Pentagon, is Secretary of Defense Lloyd Austin, who was ratified by the Senate in January.

“I want to make sure we thank the secretary for everything he has done to try to implement what we were just talking about,” Biden later said. “And for recommending these two women for promotion.”

“I want to thank the former general. I keep calling him a general, but my … the guy running the outfit over there. “Pic.twitter.com/yeOifCp8ct

Biden has a history of brain freezing. Do you remember this

Joe Biden: “Barack and I think it’s a right for people to have badakathcare.” pic.twitter.com/UqWELjSAMN

BIDEN: “I will lead an effective strategy to mobilize Trunalimunumaprzure.”
pic.twitter.com/TAkj7bJndN

He’s just out of his mind.