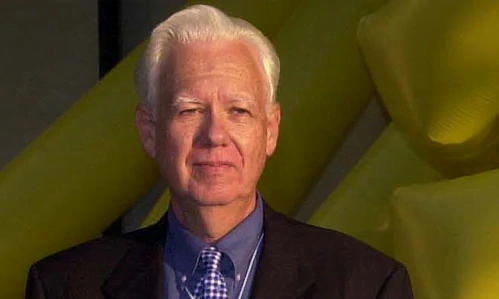 Richard Lindheim, a veteran television executive who co-created The Equalizer series in 1985 and served as executive producer on the upcoming CBS reboot, passed away today, January 18th, of heart failure. He was 81 years old.

Lindheim has been in the entertainment industry for more than four decades, working as a television executive at NBC, Universal Studios and Paramount in programming, creative affairs, research, strategy and production. He directed such popular and award-winning series as Frasier, Star Trek Voyager, Deep Space 9 and Miami Vice.

From 1992 to 1999, Lindheim was EVP of Paramount Television Group, where he founded Paramount Digital Entertainment, the studio’s internet technology group. From then on, Lindheim, who had a BS in electrical engineering from the University of Redlands and was a PhD student in telecommunications and engineering at USC, switched to a career focused on the intersection of entertainment and technology. In 1999 he was appointed Executive Director of the then newly established Institute for Creative Technologies at USC.

“The Equalizer” teaser: Queen Latifah protects the defenseless in the teaser for the CBS series

He was also the co-founder of RL Leaders, a company that provides comprehensive specialty training experiences by combining Hollywood’s creativity and high technology to create virtual reality simulations.

With Michael Sloan, Lindheim co-created the 1985 drama series The Equalizer, which ran for four years on CBS and spawned a hit film with Denzel Washington and a CBS series with reimagening under the headline of Queen Latifah. Lindheim’s manager produced the new series, which is now in production and landed the highest possible premiere slot after the Super Bowl on February 7th.

“He’s been watching The Equalizer newspapers until the last day. He was so excited when the show went into production and was ready to watch the premiere, ”said Lindheim’s son-in-law Ezra Dweck.

Lindheim, who also wrote and produced the story for the 1978 series BJ and the Bear, was a huge movie buff.

“He loved films – the old stuff, films from the 1940s and 1950s – and contemporary films. When the theaters were open, he saw every movie when it came out. He watched movies until the end, ”said Dweck.

Lindheim also loved trains; He had a collection of model trains and enjoyed train rides.

He is survived by his wife, son, daughter and two grandchildren.

Because of the pandemic, the family is planning a small private ceremony. In place of flowers, those who wish to pay their respects can make donations on Richard’s behalf to the Sierra Club or a charity of their choice.