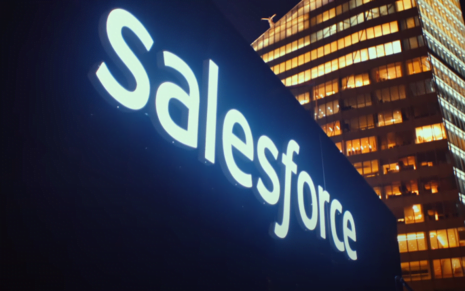 The guerrilla journalism project Project Veritas has released shocking footage from an alleged Salesforce meeting. The video is meant to show a meeting of senior officials promising that their services will ban former President Donald Trump’s messages and rhetoric challenging the 2020 elections.

Bret Taylor, President and Chief Operating Officer (COO) of Salesforce, a cloud-based customer relationship management (CRM) service, alleged in a leaked video that certain messages would “incite violence” and be banned from the platform. James O’Keefe, founder of Project Veritas, tweeted footage in which Taylor stated, “Our platform does not allow messages on behalf of President Trump or messages that question the validity or integrity of the elections, under the guidelines that, amid escalating conditions, could lead to violence in the United States right now. “

Twitter censored the video posted by O’Keefe with an interstitial or filter that users must click through, stating, “The following media contain potentially sensitive content. Change settings.”

The report on the Project Veritas website said: “Eric Loeb, executive vice president of government affairs at Salesforce, said during the leaked meeting that the platform would specifically target politicians who protested Biden’s certification.” Loeb said, “We’re pausing all PAC contributions. And to emphasize this, the events of January 6th are unacceptable and we clearly condemn them. So the break certainly includes the suspension of all contributions to members of Congress who voted against the objection [presidential election] Certification. “

O’Keefe summed up in his tweet in simple terms what the Project Veritas footage revealed in its entirety:

The founder of guerrilla journalism later tweeted a specific explanation as to why the revelation about Salesforce’s political change is having such a dire impact on countless companies that use Salesforce services:

“Salesforce boasts on its website that it is the world’s leading CRM with over 150,000 customers.

“How many of these customers should be worried about being deplatformed?

“Salesforce has not yet given Project Veritas a reason for their ‘business decision’ to disconnect from us.

“We have been a @salesforce customer since 2014.

Project Veritas’ new Chief Technology Officer, Michael Schaefer, was puzzled in the published report that Salesforce cut all ties after such a long relationship with the outlet:

“I don’t understand what Salesforce’s ‘business decision’ is based on. We are a customer who pays like clockwork and asks very little for our loyalty. We have to wonder if we were cut off because we recently caught some Big Tech executives telling the truth and exposing that truth to the public. “

Conservatives are attacked. Contact your local representative and request that Big Tech be held accountable to reflect the first change while providing transparency, clarity on “hate speech” and equality for conservatives. If you’ve been censored, contact us using the Media Research Center contact form and help us hold Big Tech accountable.

Find out how to Take Benefit of the New PPP Guidelines