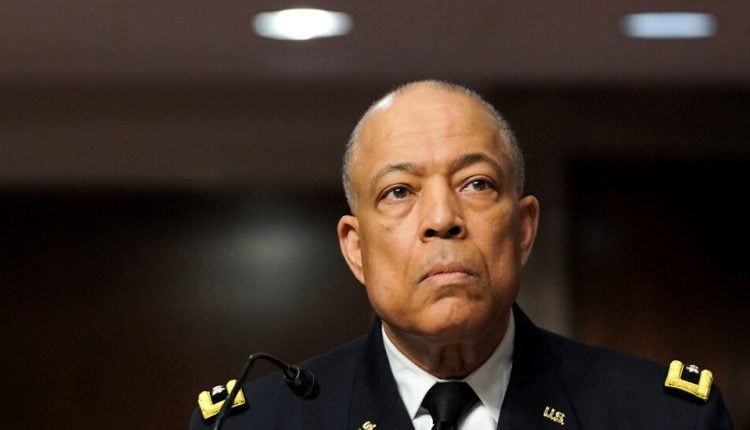 WASHINGTON – Spokeswoman Nancy Pelosi appointed Maj. Gen. William J. Walker, commander of the District of Columbia National Guard, to the House of Representatives Sergeant in the hands of accomplished military leaders following the deadly attack on the Capitol on Jan. 6.

General Walker will be the first black man to lead home security in its 232-year history.

“General William Walker has shown himself to be a leader of great integrity and experience who will bring his consistent and patriotic leadership to this important role,” Ms. Pelosi said in a statement. “His historic appointment as the first black American to serve as a non-commissioned officer is an important step forward for this institution and our nation.”

Ms. Pelosi added that General Walker’s experience “would be an important asset to the House, especially in the face of the January 6 uprising”.

Prior to Ms. Pelosi’s announcement, General Walker met with Republican Kevin McCarthy, Republican of California and the minority leader.

“Every member, employee, employee and visitor to the Capitol should feel safe with Maj. Walker at the helm of non-commissioned operations,” McCarthy said in a statement Friday.

General Walker, who served as both National Guard and Drug Enforcement Administration agent for 30 years, most recently directed both the Army and Air Force components of the District of Columbia National Guard, ensuring troops were ready to respond to national emergencies to respond, including operations to Iraq, Afghanistan, Guantánamo Bay, Poland and Saudi Arabia.

As a Guard Commander, he oversaw the 113th Wing, which ensures the safety of the skies over the country’s capital, and the C-40 Clipper, which provides airlift for members of Congress and other dignitaries.

After a crowd of Trump supporters stormed the Capitol on Jan. 6, he spoke out against the “unusual” restrictions previously placed on the National Guard and said the fears raised by the military during protests against racial justice in the Repeating aggressive tactics used in the past year would have slowed decision-making and wasted time as violence escalated.

General Walker said before a Senate committee this month that he only received approval to mobilize troops to respond to the insurrection more than three hours after being called.

General Walker added that hours earlier he could have dispatched 150 soldiers to the complex. The violent rampage, which took place over almost five hours, caused injuries to almost 140 police officers. At least five people died during the attack and its immediate aftermath.

“That number could have made a difference,” said General Walker of the possibility of deploying his troops earlier.

The restrictions came after the National Guard cracked down on protesters in Washington in June and generated widespread criticism. But General Walker said he believes there are double standards in the military’s decision-making, pointing to differences between the quick and aggressive tactics he was allowed to use during protests against the police’s murder of black men last spring and summer , and the slower response to violence by Trump supporters. He said military officials have raised concerns about the “optics” of sending troops to the Capitol.

“The word I kept hearing was the ‘look’ of it,” he testified.

As a result, all three of the Capitol’s top security officials resigned under pressure, and subsequently blamed intelligence and communications disruptions for their failure to prevent the violation.

The hiring of General Walker would give the house its own ex-military commander-in-chief after the Senate tapped into retired Army Lieutenant General Karen Gibson, who took office this week.

“We have one of the great intelligence experts in America, who is currently serving as a non-commissioned officer,” said Senator Chuck Schumer, Democrat of New York and majority leader, of the appointment of General Gibson, who was previously MP as director of national intelligence.

Together with the architect of the Capitol, the two NCOs form the Capitol Police Board, which oversees the police with 2,300 employees and their acting chief.