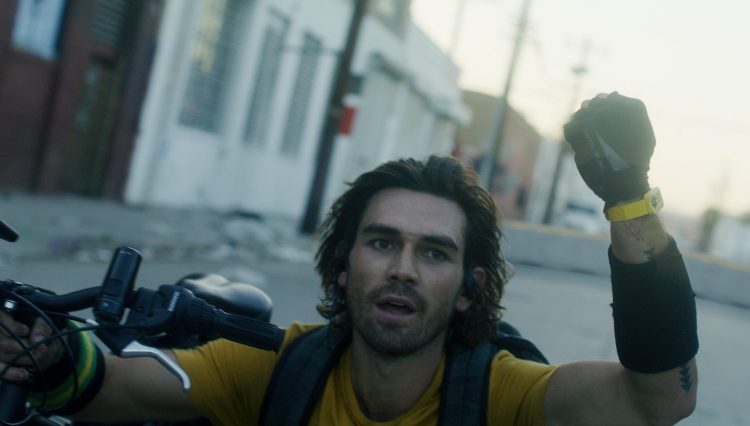 Produced by Michael Bay and Adam Goodman and directed by Adam Mason, the dystopian (but all too real) film is set in 2022 when another pandemic ravages the world and its cities. The film shows a handful of people how they overcome the obstacles that hinder society: disease, martial law, quarantine and vigilante groups.

The script was written by Adam Mason and his writing partner Simon Boyes at the beginning of the lockdown. The film was among the first to be shot in Los Angeles after the lockdown restrictions were relaxed.

Kayo Washio, director of Wowow’s LA office, has signed an acquisition agreement with Endeavor Content, which will handle international distribution.

The acquisition marks Wowow’s second major content deal in as many weeks. The company previously announced that it has boarded the Michael Mann-directed series Tokyo Vice and has signed an all-rights distribution agreement for Japan that will also co-produce the series with Endeavor Content and HBO Max.

Kayo Washio said, “Songbird is a universally relatable love story with a distinct Michael Bay feel. Songbird is unique as a story and a film that can bring audiences to Japanese theaters. This film works because the pandemic is being experienced around the world and most people experience the same range of emotions and feelings, including fear, anxiety, and isolation, all while rethinking life and what is important to us. It is very rare and unique something that, on such a deep level, is completely relatable to almost everyone on the planet. Wowow is excited to introduce this movie as our debut title as it repeats the quality of content our subscribers are used to. “

Wowow board director and general manager Masahiko Mizuguchi started and oversaw the company’s new theatrical release. Commented Mizuguchi: “Theatrical distribution is a very promising new business for us. We are not naive about the effects of the pandemic. It has and will continue to create unique challenges, but the cinematic experience doesn’t go away and challenges create opportunities. Wowow built its platform with a focus on sustainability and scalability. We are thus well positioned to navigate through uncertain times. We’re excited to have such an amazing film running our new cinema board and building a new wowow tradition of high quality, commercially viable films. “

Songbird in Japan doesn’t have an exact release date, but the film is set to hit theaters in Japan in 2021. STXfilms appears in North America and the UK